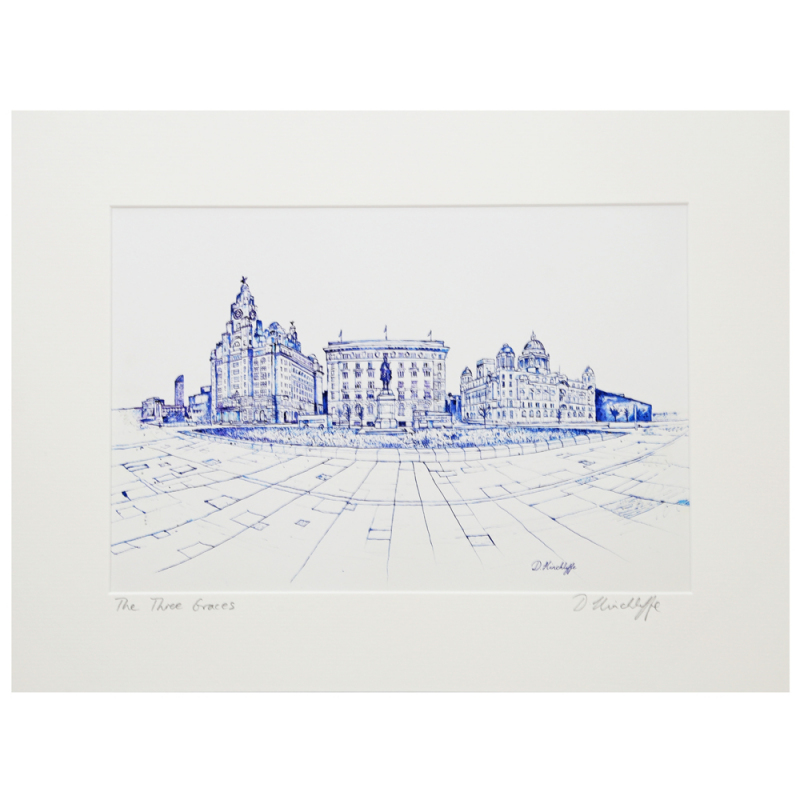 This Three Graces print was made in England!

More About The Three Graces

The Three Graces are Liverpool’s most iconic trio, consisting of the Royal Liver Building, the Cunard Building, and the Port of Liverpool. They can be found on the Pier Head, overlooking the River Mersey.
The Royal Liver Building was built in 1911, and is home to two 18ft Liver Birds, the iconic symbol of Liverpool. The buildings original purpose was to house the headquarters of the Royal Liver Assurance Group. It is a grade I listed building, and was one of the first in the world to be built using reinforced concrete!
The Cunard Building has a Italian Renaissance and Greek Revival style, with a grade II* status. For decades, it was the headquarters of the shipping company the Cunard Line, however it is now owned by the city council.
The Port of Liverpool Building was designed by architects Sir Arnold Thornely and F.B Hobbs who won a competition between local architects! The most notable feature on the building is the central dome, which was only added last minute! In 1941, the Port of Liverpool building was struck by a bomb, which damaged the eastern side. However due to the structural soundness of the building, temporary repaires sufficed meaning that side of the building was not completely out of use.