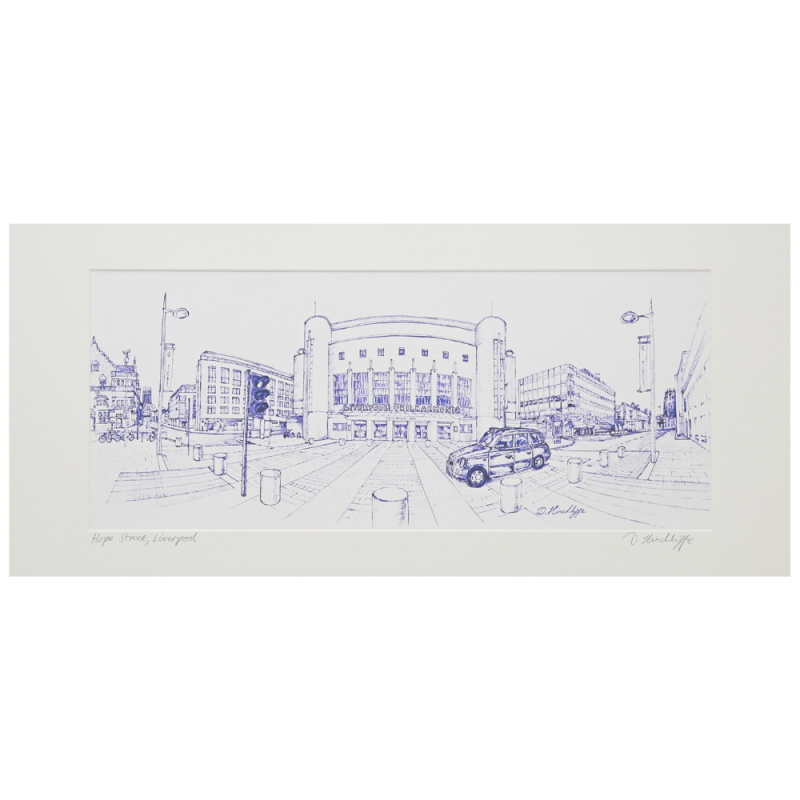 This Hope Street Print was made in England.

Hope Street joins Liverpool’s two Cathedrals, the Metropolitan and the Anglican. It is an integral part of the city’s Georgian Quarter, and is recognised as one of Liverpool’s ‘Great Streets’. In 2012 it was judged to be the greatest street in the country after it won ‘The Great Street Award’. The street is named after a local Liverpool merchant called William Hope. who had a house on the street, which is now the Philharmonic Hall. LIPA, the Liverpool Institute of Performing Arts, is also situated on Hope Street. It was founded by Sir Paul McCartney and officially operned by the Queen in 1996.