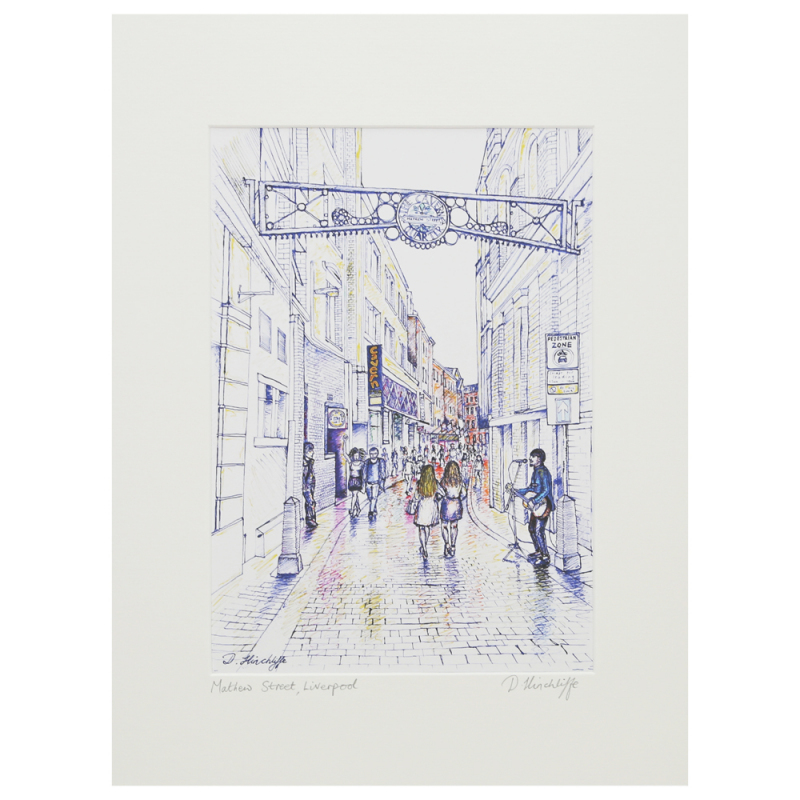 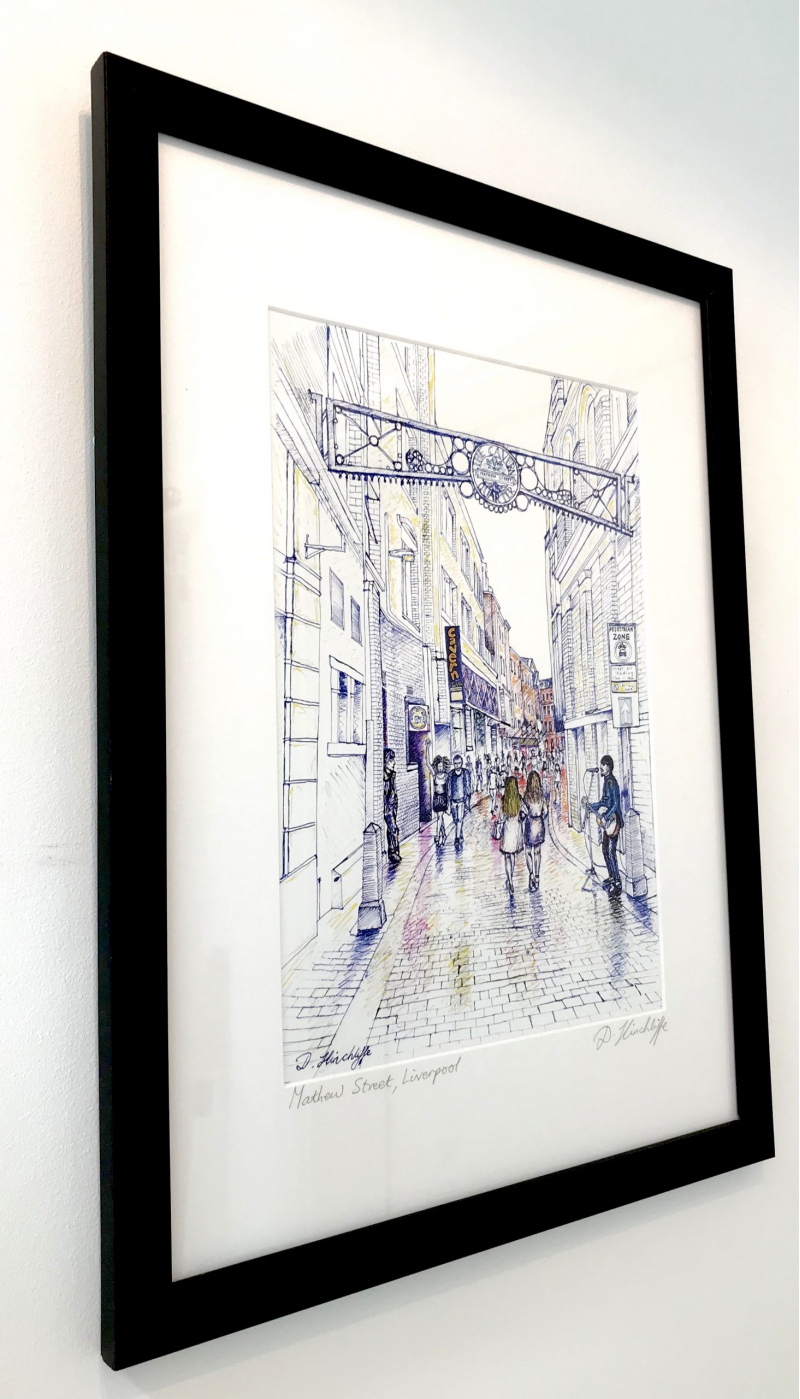 Mathew Street, known all around the globe as the home of the Cavern Club! Local Liverpool artist Dominic Hinchliffe has used indian ink to create this wonderful Mathew Street print, depicting the streets hustle and bustle just perfectly.

This Mathew Street print was made in England.

Mathew Street is situated in the centre of Liverpool, and known around the globe as the home of the Cavern Club. This is the venue where The Beatles played numerous times during their early career. In the past, it was the centre of Liverpool’s wholesale fruit and veg market. The street now hosts the Mathew Street Festival which is packed every summer! Mathew Street is visited every year by thousands of tourists, who visit the Cavern Club, a Beatles Store, a John Lennon statue and many pubs where the Fab Four used to frequent. A sculpture by Arthur Dooley can be found on Mathew Street, dedicated to “Four Lads Who Shook The World”. In 2006, an American in Dallas was watching the streets web cam when he witnessed a robbery. He subsequently called the police, leading to the culprits being arrested!