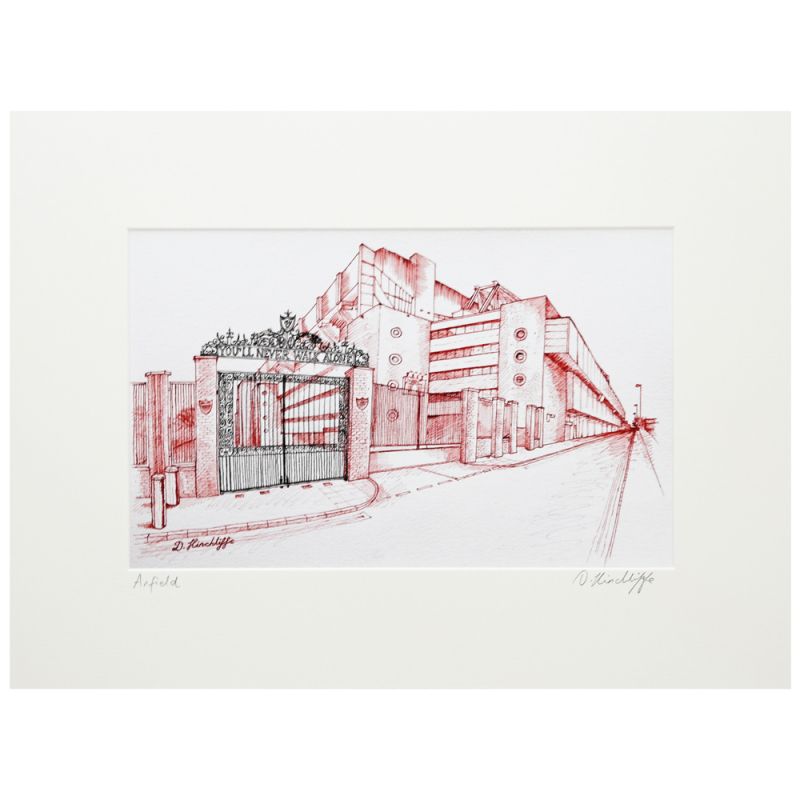 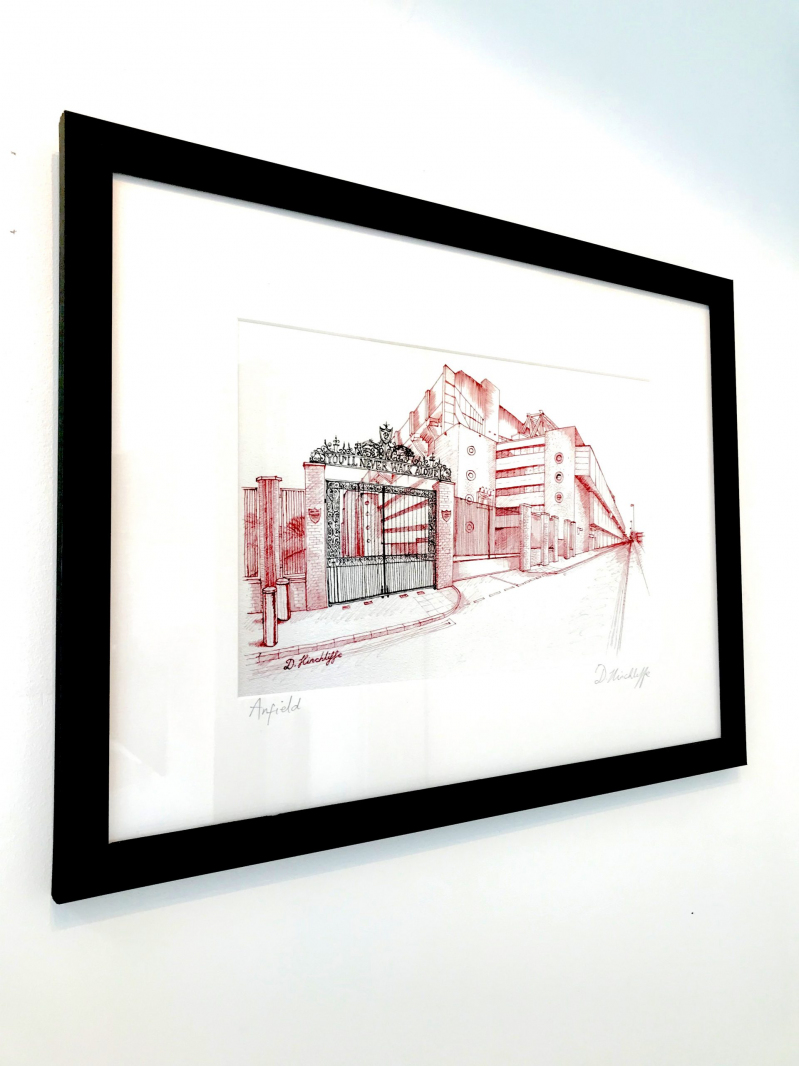 Allez Allez Allez! Dominic Hinchliffe, a local Liverpool artist has given his take on the home of the reds, using indian ink on this brilliant Anfield Stadium Print.

This Anfield Stadium Print was made in England.

Anfield is the sixth largest stadium in England, built in 1884. The first football league match that Liverpool F.C. played at the ground was in September 1893 against Lincoln City where the won 4-0. In 1906, a new stand was built along Walton Breck Road, which is named the Kop. The name derives from a hill in South Africa called the Spion Kop where a local regiment suffered heavy losses during the Boer War. Surprisingly, Anfield Stadium was the home of Everton F.C. for a few years between 1884-1991.