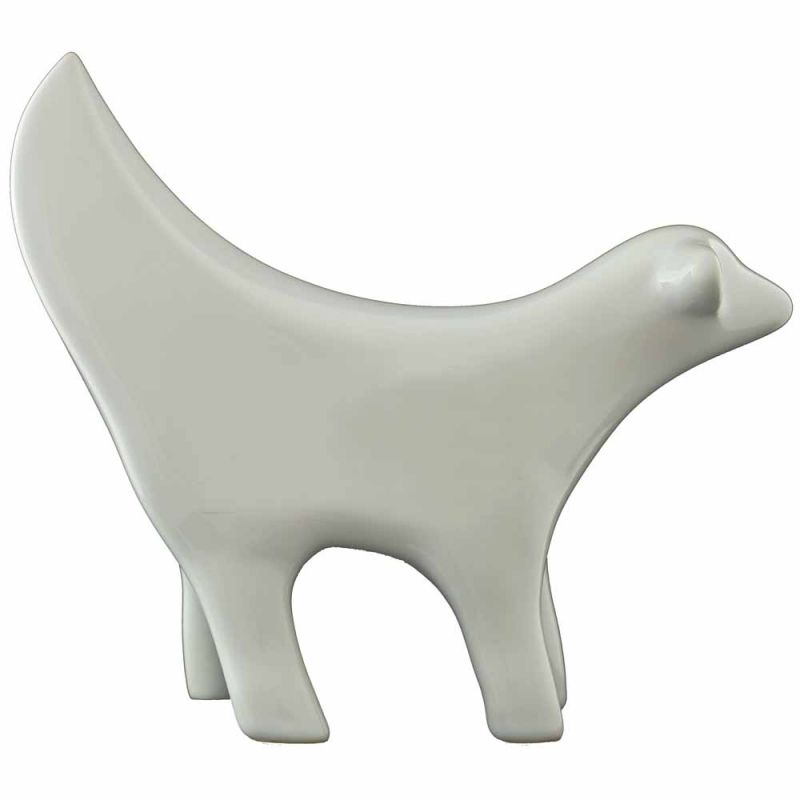 A great replica of the iconic Liverpool statue Super Lambanana. It is the original work of Japanese artist Taro Chiezo, created in 1998. This ceramic White Super Lambanana is a fantastic gift, easily posted and made in England.