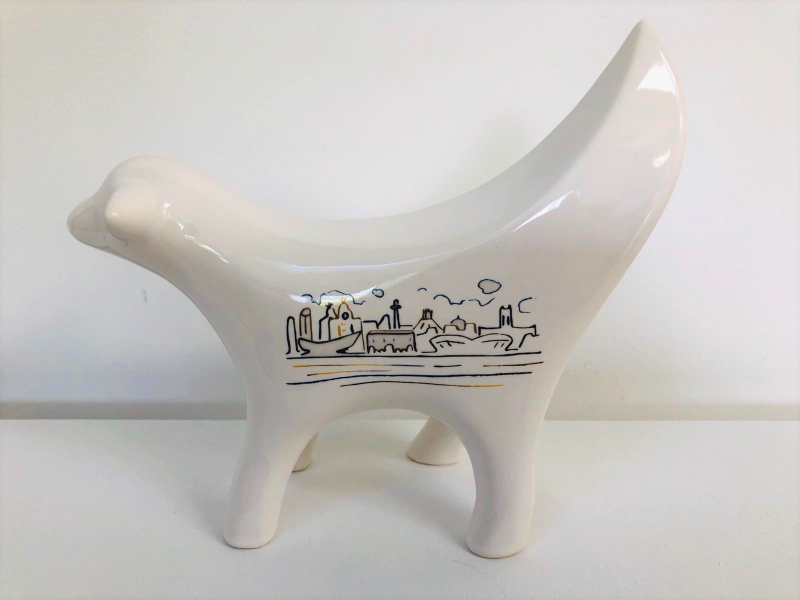 A fantastic addition to the Super Lambanana collection. This Liverpool Waterfront Super Lambanana provides a perfect memory of the city in two unique ways, depicting Liverpools’ iconic waterfront and its 2008 Capital Of Culture award.