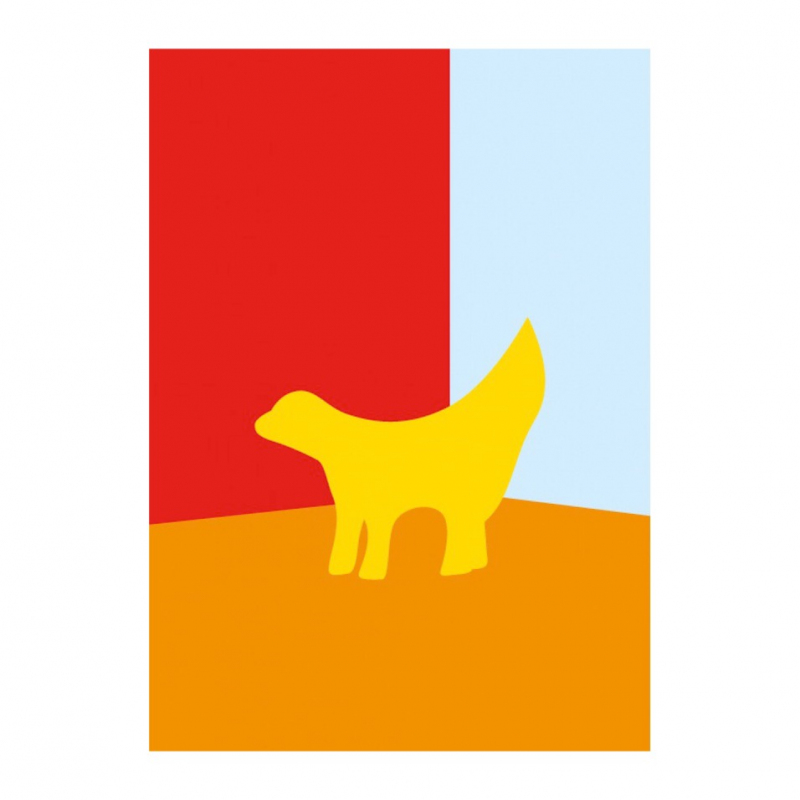 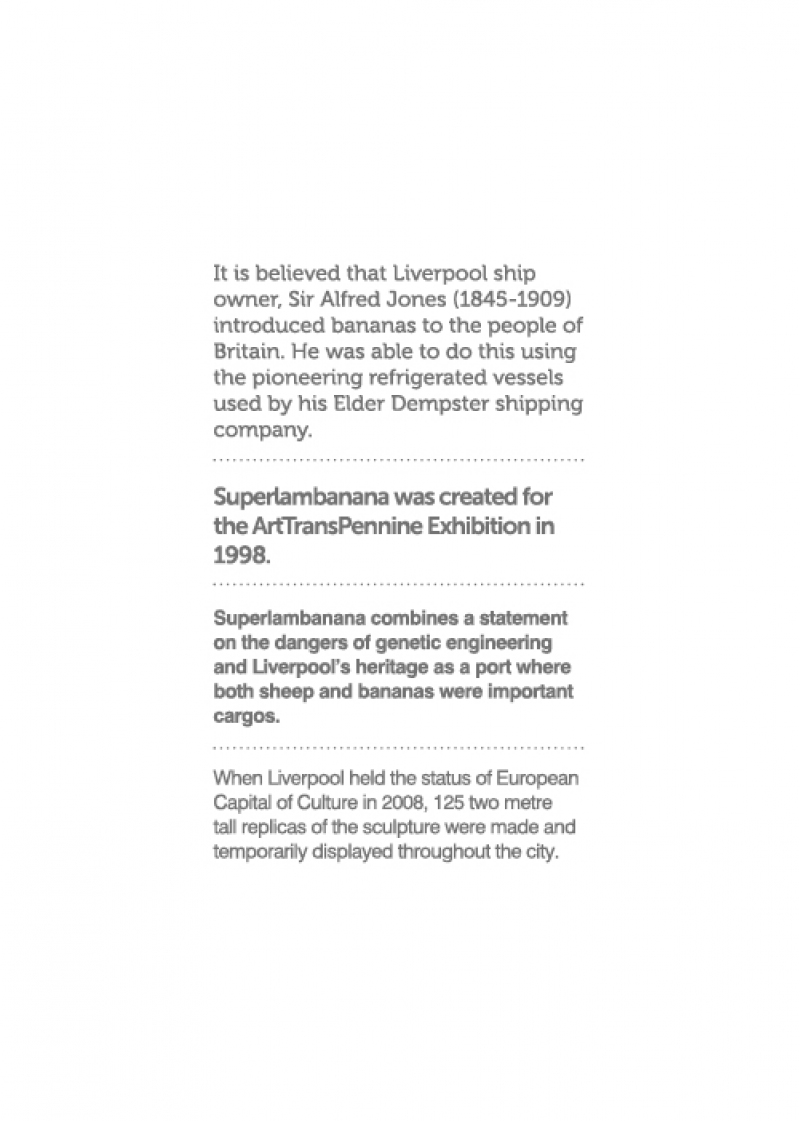 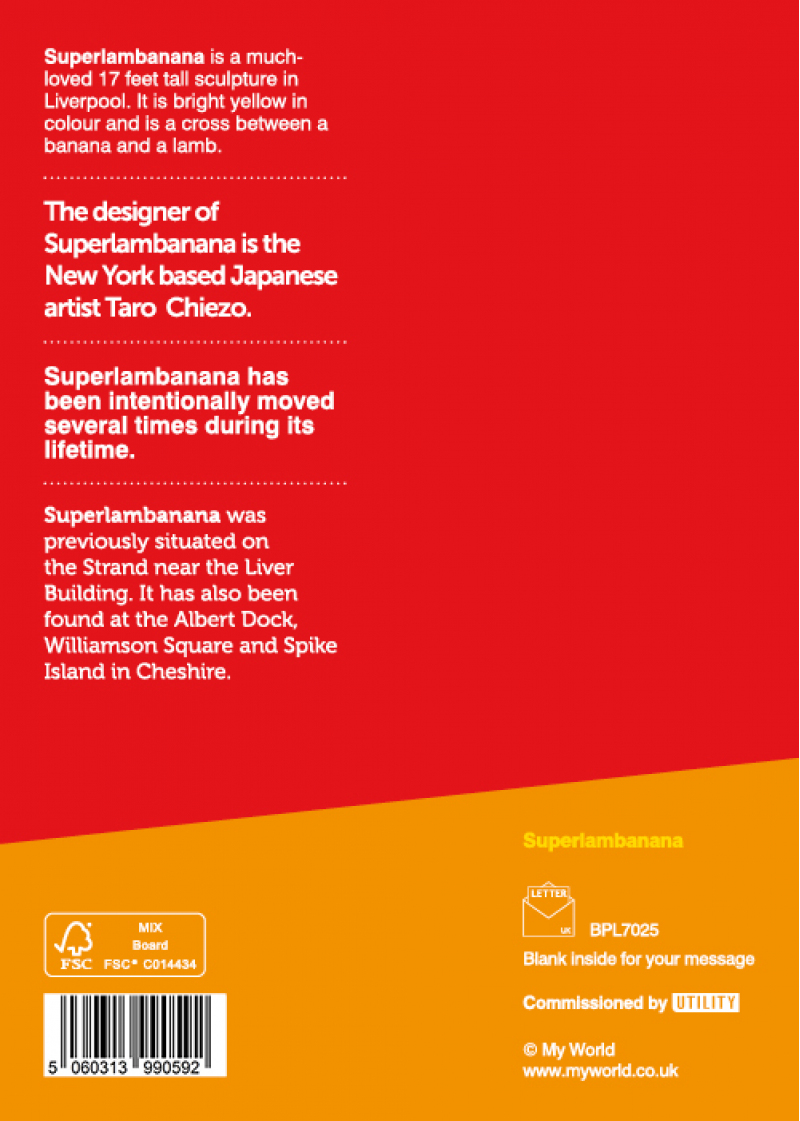 The Lambanana has taken its rightful place as one of Liverpool’s most recognisable landmark.

We love the bold design and colour this card has to offer, with no specific message inside, making it suitable for many occasions.

Our Lambanana card has two pages, one inside the card on the left and one on the back giving fun facts about everything Lambanana!

The Super Lambanana was designed by the Japanese artist Taro Chiezo.
However Chiezo only made a 4 inch model, therefore it was down to four local Liverpool artists to make the full size lambanana.
Their team were located in the Bryant & May Matchworks in Garston where they made the first 17 foot Super Lambanana sculpture.
125 of these Lambanana’s were located in Liverpool to commemorate the city’s 2008 Capital Of Culture Celebrations, the first being placed on the Liverpool Strand.
The artists intentions were to highlight the risks of genetically modified food.
The design of the  Lambanana sculpture also corresponds with Liverpool’s history as a major port, where countless items passed through, including the importation of Fyffes bananas and the exportation of Lancashire wool, making the Super Lambanana a very fitting hybrid for the city.