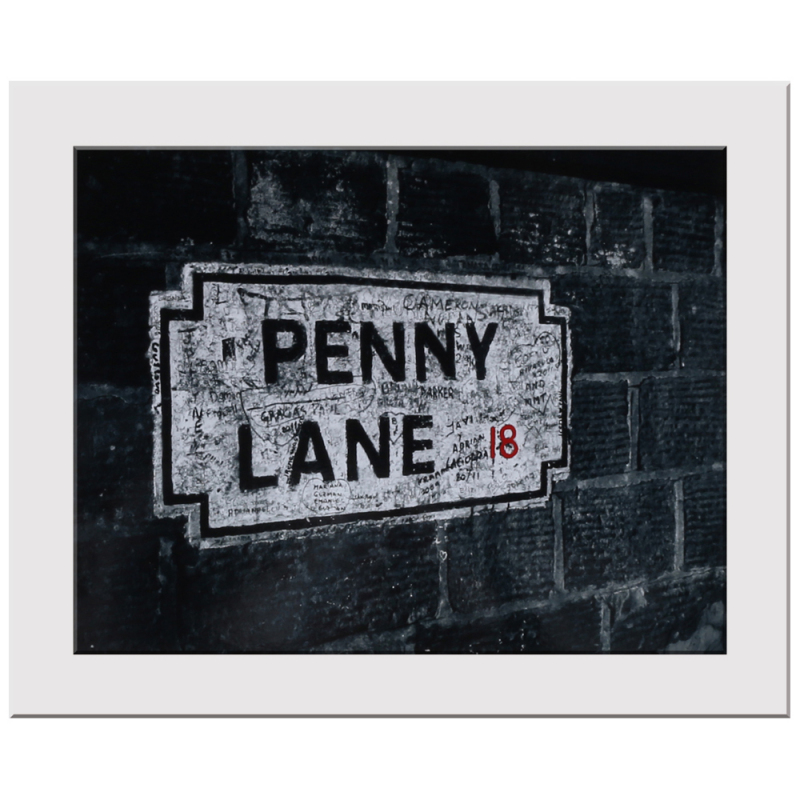 A great shot of the infamous Penny Lane street sign which can be found in Allerton, an area in the south of Liverpool.
Taken by local photographer Peter Agate, this product is made and mounted in Liverpool with a gloss finish!

This Penny Lane Print is limited edition and exclusive to us at The Liverpool Gift Company!

Penny Lane is a road in the South of Liverpool, and was a meeting point for John and Paul in their younger years, due to the bus terminal there which they both used. The song was written by McCartney and released in 1967.
Due to the success of the song, Penny Lane road signs were repeatedly robbed, causing the name to be painted on buildings instead of continuously replacing the sign.  Still today, Penny Lane is a place often visited by Beatles fans, with many of the things mentioned in the song still there today.