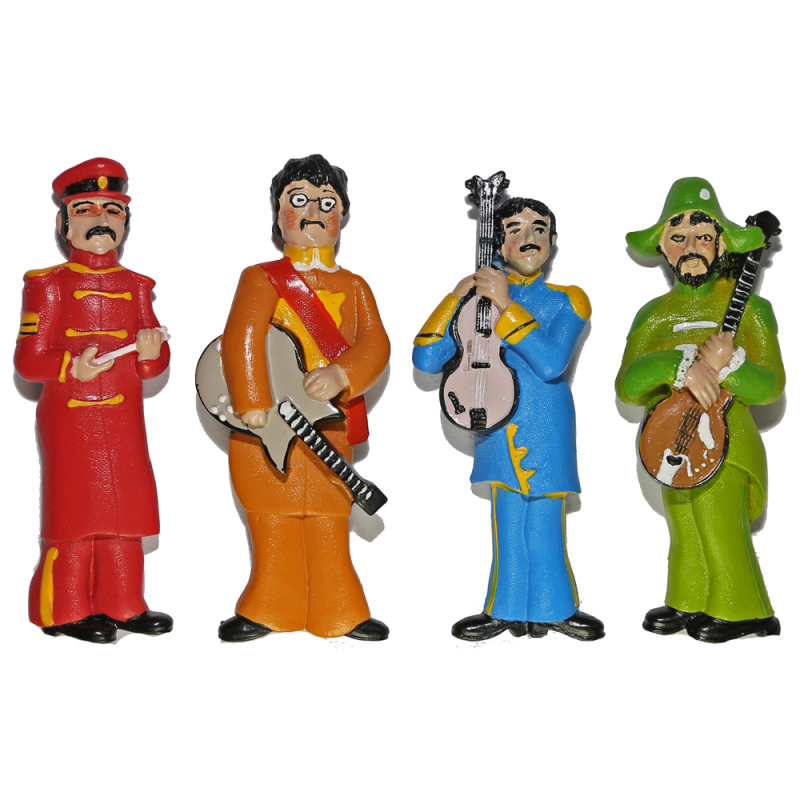 It is the eighth studio album by England’s most famous rock band The Beatles.
It was released on May 26th 1967, and spent a massive 27 weeks at the top of UK album charts!
The Sgt. Pepper’s album cover was designed by Peter Blake and Jann Haworth, influenced by McCartney’s own ink drawing.
Each of the Beatles are featured with a large moustache, after George Harrison had first grown one in an attempt to disguise himself in India.
The album has been credited for its self-conscious lyrics and attempts to break down the barriers of conventional three minute tracks.