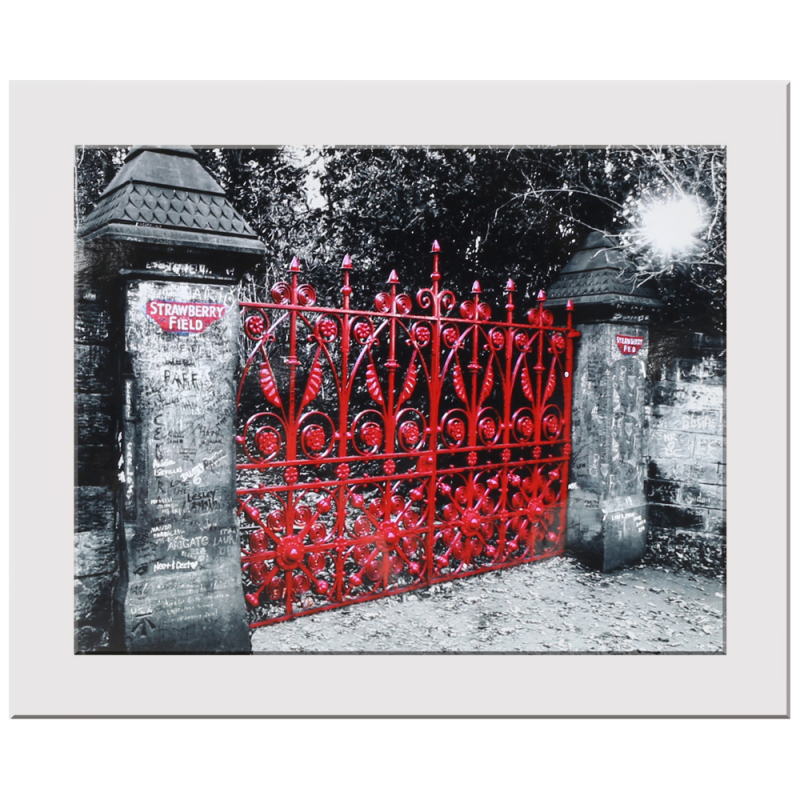 A picture of the iconic Strawberry Fields Gates by local Liverpool photographer Peter Agate.
This product is printed and mounted in Liverpool and is done with a gloss finish!

This Strawberry Fields Print is limited edition and exclusive to us at The Liverpool Gift Company!

Strawberry Fields is not a fictional place but in fact a Salvation Army home where John Lennon spent a lot of time as a child. When he lived with his Aunt Mimi, it was in a Liverpool suburb right next to Strawberry Fields. Lennon having lost both his mother and father, enjoyed spending time there, contrary to his Aunt’s wishes, as he felt a connection with the other children.
Lennon wrote Strawberry Fields Forever while he was in Spain, and it was released in 1967. The single marked a change for The Beatles, Strawberry Fields Forever being unlike anything they had ever released before. The BEatles recorded three different versions of the track, and in fact the finished product was a mix of two.
Now, one can often see groups of Beatles fans outside the gates of Strawberry Fields, where it’s typical to scrawl ones name on the wall beside, as can be seen in this photo.