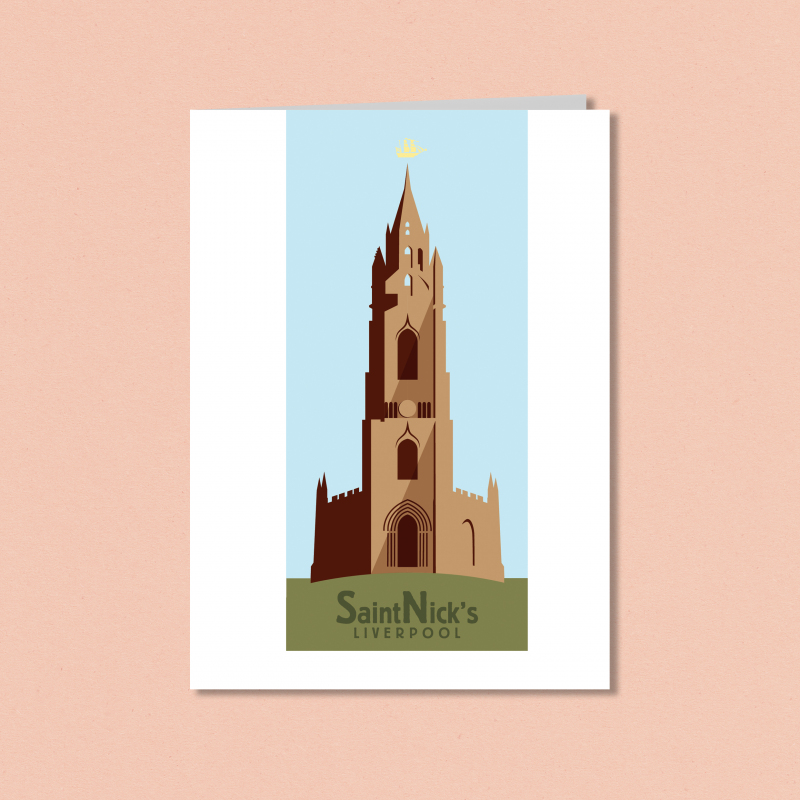 This St Nicks Card has been beautifully designed by twin brothers The Jones Boys, local Liverpool designers.
They are largely inspired by vintage posters and art-deco periods, which results in their unique style.

St Nick’s is an Anglican church in Liverpool, which is shown on records from as early as 1257!
It is a grade II listed building and can be found right by the River Mersey, near the Pier Head.
St Nick’s bells were removed so they would not be damaged in World War 2, however they were never rehung!
Unfortunately, the church’s main body was destroyed by a German air raid in 1940, which set fire to the building. Only a small portion of it survived.
It was eventually revolt and completed in 1952, and 12 new bells were hung.
St Nick’s church is iconic due to its lantern spire on the exterior of the building.