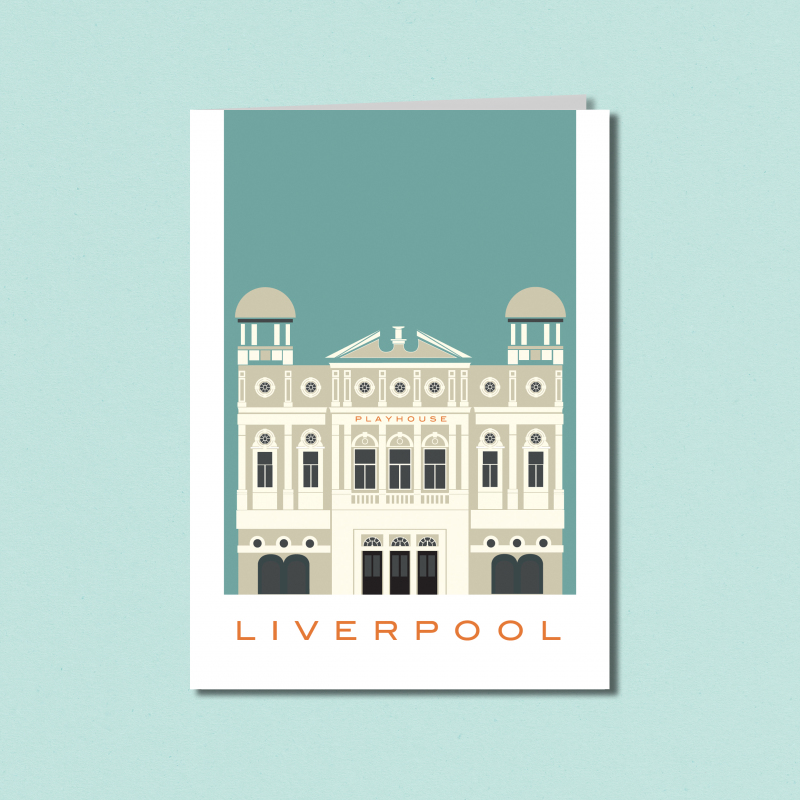 This Playhouse Card by The Jones Boys, two designers from Liverpool, has its design largely inspired by art-deco styles.
They use vintage posters to help inspire them with their colour schemes.

More About The Liverpool Playhouse

The Liverpool Playhouse was originally known as the Star Music Hall. It didn’t become a theatre until 1911, and got its new name in 1916.
Actors and actresses such as Noel Coward, Diana Wynyard and Anthony Hopkins started off their careers at The Playhouse!
However, in the 1990’s The Playhouse theatre company went into liquidation. Luckily, it was reestablished as a charity, jointly managed with the Everyman Theatre, therefore allowing The Playhouse to reopen!