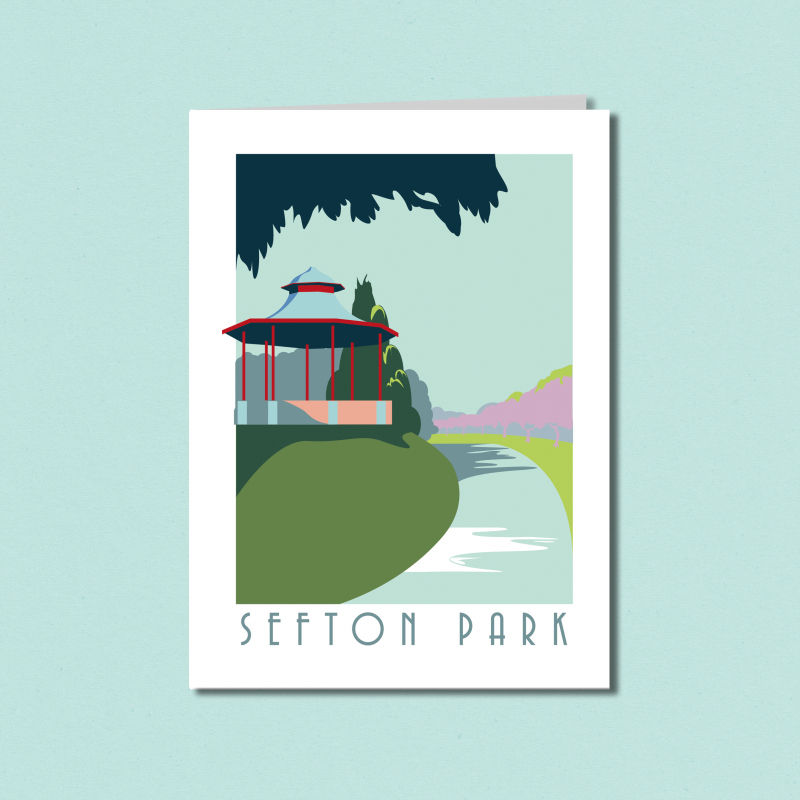 This Sefton Park Card has been designed by the Jones Boys, twin designers from Liverpool.
They are largely inspired by the North West of England art-deco styles and also vintage posters for their use of colour.

Sefton Park bandstand, which has been there since the Victorian Era is supposedly the inspiration behind The Beatles Sgt Peppers Lonely Hearts Club Band!
Sefton Park itself is a grade I English heritage site, found in the leafy suburbs of South Liverpool.
The iconic Palm House glass conservatory is situated in Sefton Park, which is filled floor to ceiling with exotic plants.
In its prime, Sefton Park was known as the “Hyde Park of the North”!