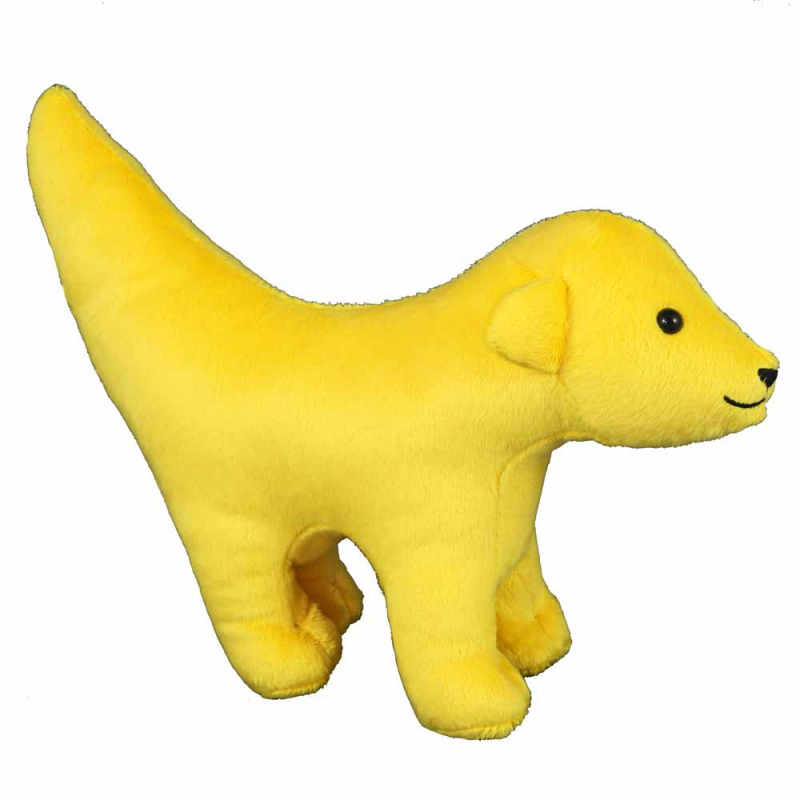 The Super Lambanana toy is a soft version of the original ceramic sculpture, with black button eyes and a smiley face. The Super Lambanana toy has a washable surface, which proves to be a life saver when sticky little hands leave their chocolate covered finger prints all over this cuddly toy. This product is very suitable for young children, as it brings the vibrant Super Lambanana toy into your home as a cuddly alternative to the ceramic version, without the risk of any breakages.

This product conforms to the EN71 Toy Safety Standards.