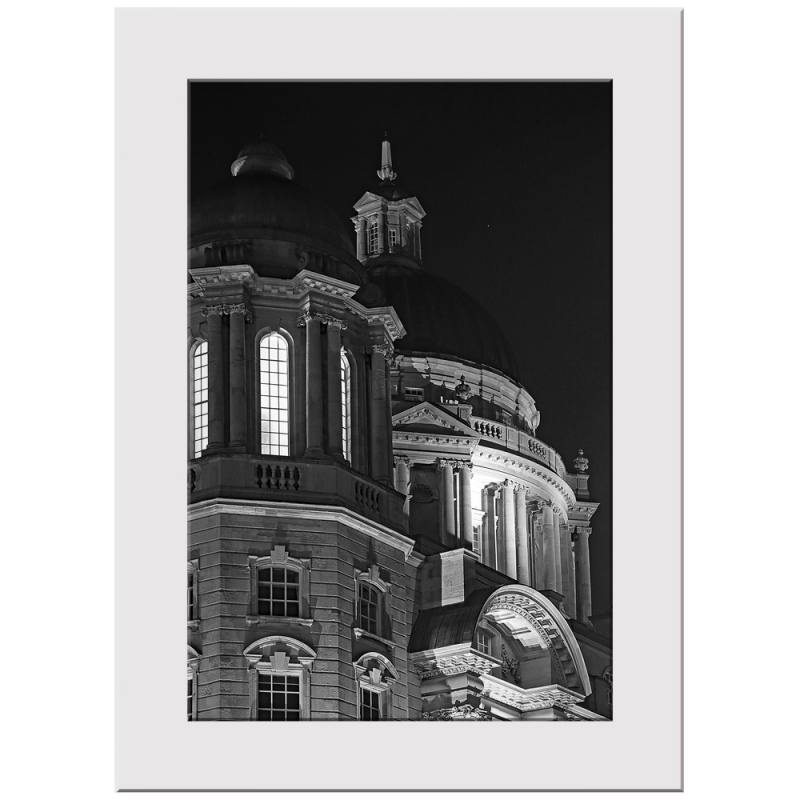 A picture of the Port of Liverpool Building, part of the Three Graces located at the city’s Pier Head.
This product is printed and mounted in Liverpool and is done with a matt finish!

This Port Of Liverpool Print is limited edition and exclusive to us at The Liverpool Gift Company!

About The Port Of Liverpool Building

The construction of this Grade II* listed building took four years to complete, and was finished in 1907, the first of the Three Graces to be built.  For 87 years, the Port of Liverpool building was the headquarters for the Mersey Docks and Harbour Board, a complany in charge of running Liverpool’s Docks.
The Port Of Liverpool Building did not exist throughout the Second World War unaffected. Liverpool’s importance as a port made buildings on the Pier Head a target. A bomb went off in the basement and seriously damaged one of the buildings wings. After the war it was fully restored, this costing more than the original construction itself.
The large dome that sits on top of the Port of Liverpool today, was not an original feature, but now has become the focal point of the building.