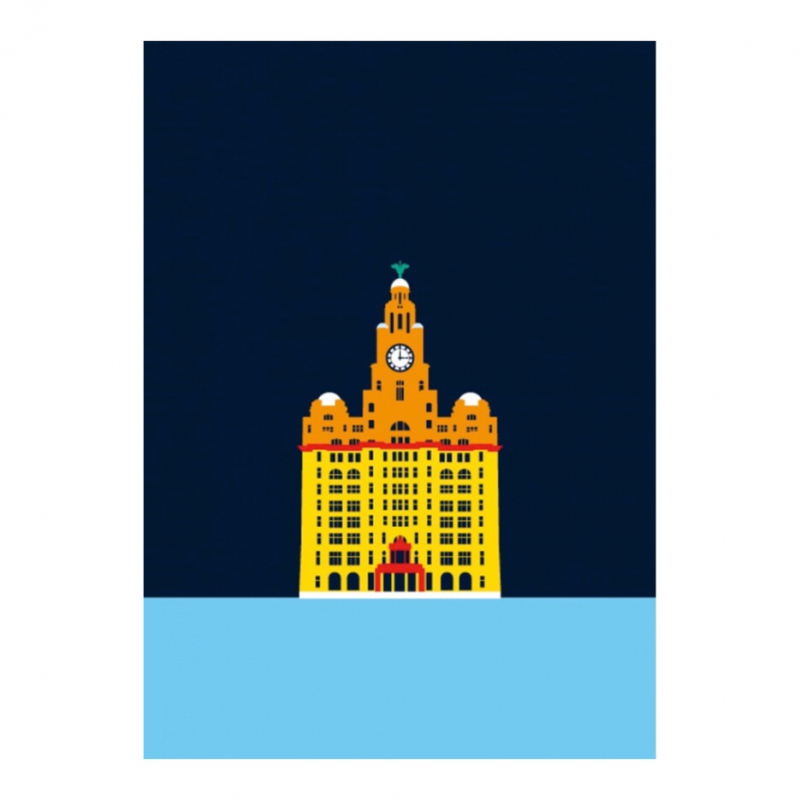 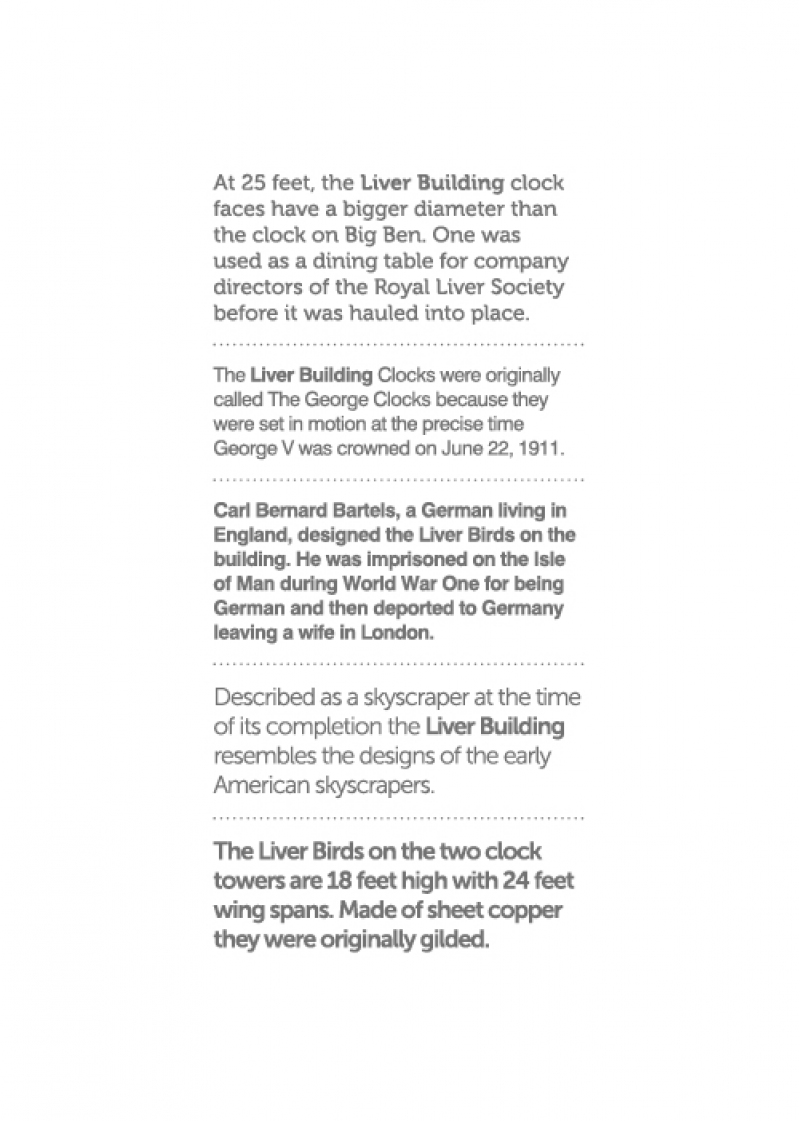 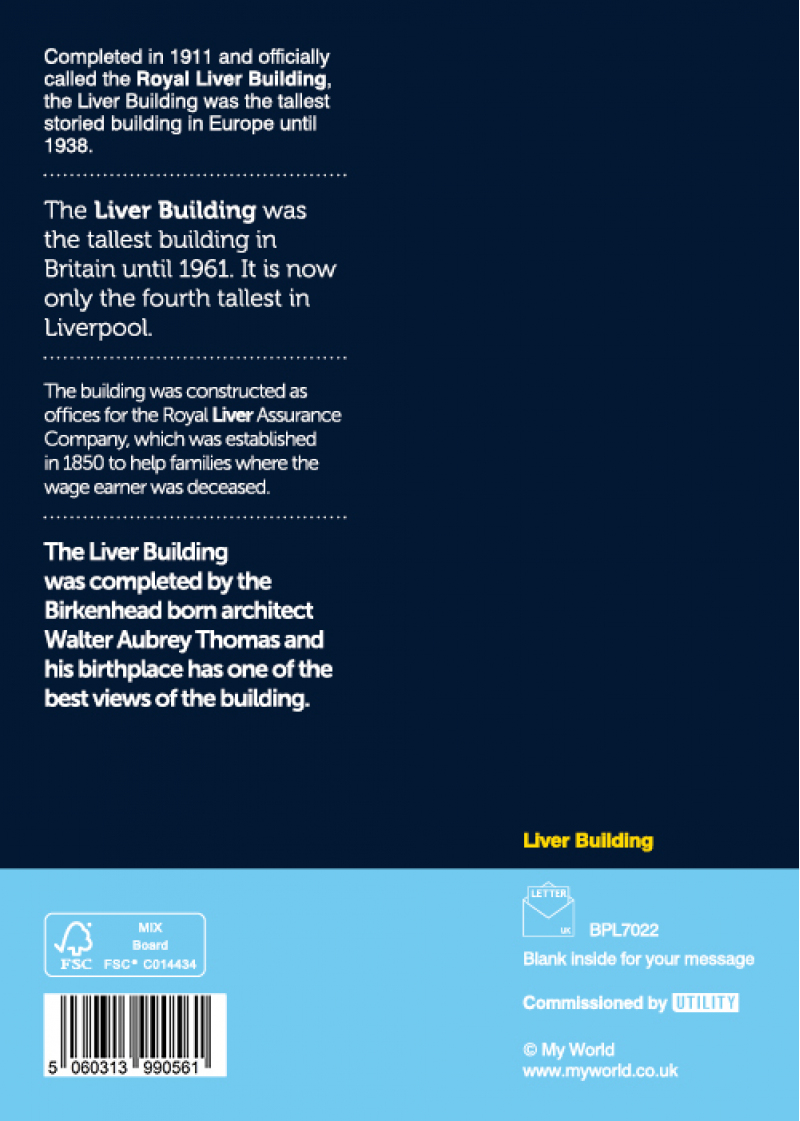 This Liver Building card  captures the famous landmark perfectly with its architectural style.

Suitable for many occasions.

Our card also provides many facts about the Liverpool Liver Building making it an interesting read for anyone lucky enough to receive it.

About The Royal Liver Building:
This grade I listed building, opened in 1911 is located on the Pier Head, in the city centre of Liverpool.
The Royal Liver Building is a member of the trio of landmarks known as ‘The Three Graces’, which also consists of the Cunard Building and the Port of Liverpool Building.
Two 18 feet LiverBirds sit on top of the Royal Liver Building.
Local legends claim that the LiverBirds are a male and female pair, the female looking out to sea to ensure the seamen are protected, while the male looks onto the city to protect the people of Liverpool.
The origin of the LiverBird dates back to 1229, when the King (Henry III) granted Liverpool the permission to be self-governing. This required a unique seal used to authenticate documents. The seal featured an image of the Liver Bird which has been the city’s icon for over 800 years.