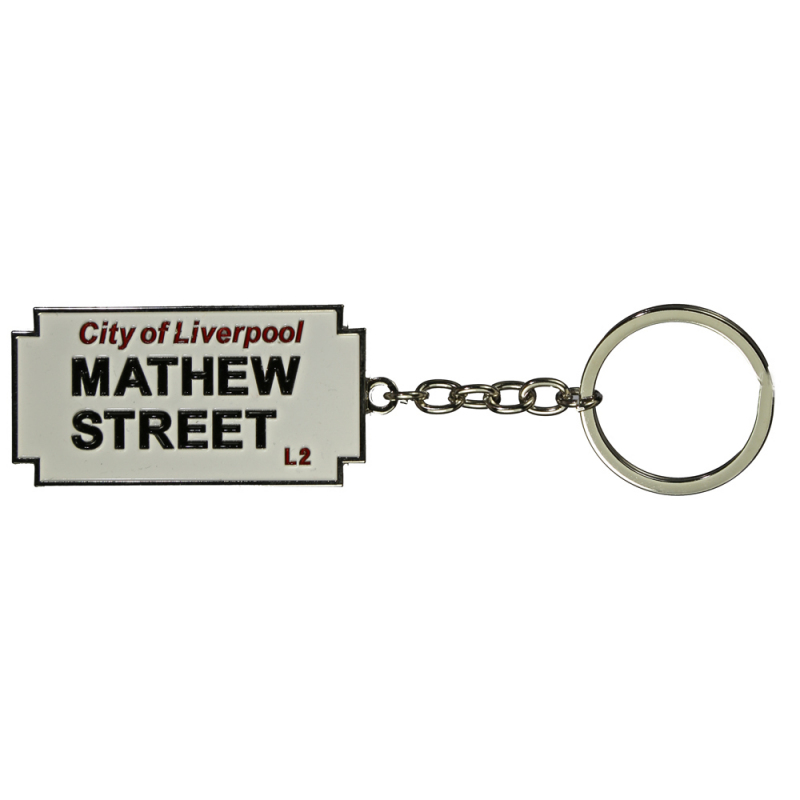 Our Mathew Street Keyring is a great gift for any Beatles or Liverpool fan.

Mathew Street is known world wide as the location of the Cavern Club. This is where The Beatles played on numerous occasions early on in their career, making their first appearance there on 9th February 1961.
On Mathew Street, there is a statue of John Lennon, a Beatles shop, and also several pubs which were frequently visited by The Beatles. As a result, the street attracts thousands of tourists each year.