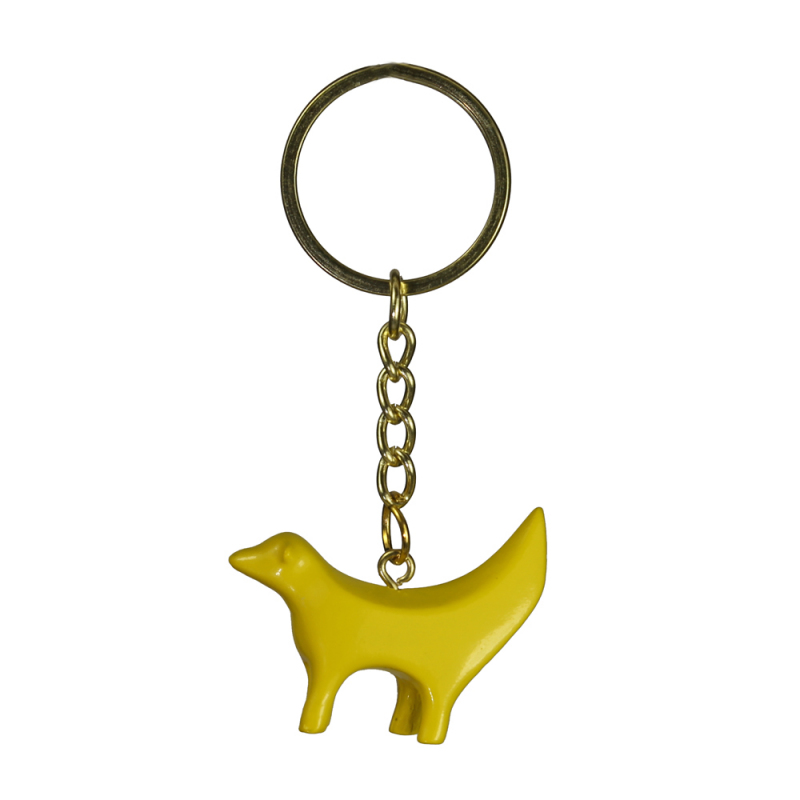 Our yellow resin lambanana keyring is a great little gift to send to those home or away from the city.

While most of us know the Super Lambanana as a giant 17 foot sculpture, Taro Chiezo the artist behind the design, only ever made a 4 inch model.
It was local Liverpool artists Andy Small, Julian Taylor, Tommy Reason and Ray Stokes who made the first 17 foot sculpture out of a wire mesh frame and a concrete and fibre glass shell.
125 of these sculptures were dotted around Liverpool in 2008 due to the city winning a Capital of Culture award.
The first was based in Liverpool’s Strand.
The inspiration behind the design of the Lambanana was the dangers of genetically modified food, something Chiezo wanted to highlight with the hybrid of a banana and a lamb.
In additi0n, Chiezo was influenced by Liverpool’s own history as a major port which had imported Fyffe’s banana’s and exported Lancashire wool.