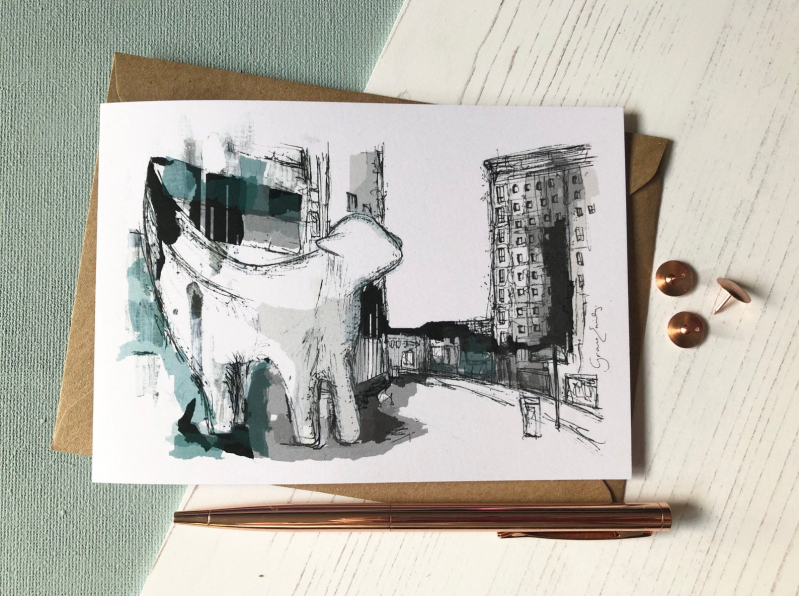 This stylish lambanana card has been designed by local Liverpool artist Grace emily!
This design is also available in a print.
Designed and printed in the UK, this lambanana card comes with a recycled envelope.

Taro Chiezo, a Japanese artist designed the Super Lambanana.
The original model that he made was only 4 inches tall, so four artists from Liverpool were hired to make a full size sculpture.
The first Super Lambanana that was made was 17 foot tall, and was made in Garston, in the Bryant & May Matchworks.
In 2008, Liverpool won the European Capital of Culture, and to celebrate, 125 Super Lambanana’s were placed around the city.
Taro Chiezo wanted to draw attention to the risks of GMO’s – genetically modified food. So he mixed a lamb and a banana together, which also fitted perfectly with Liverpool’s port history, where Fyffes bananas were imported and Lancashire wool was exported, making the lambanana a perfect hybrid for the city.