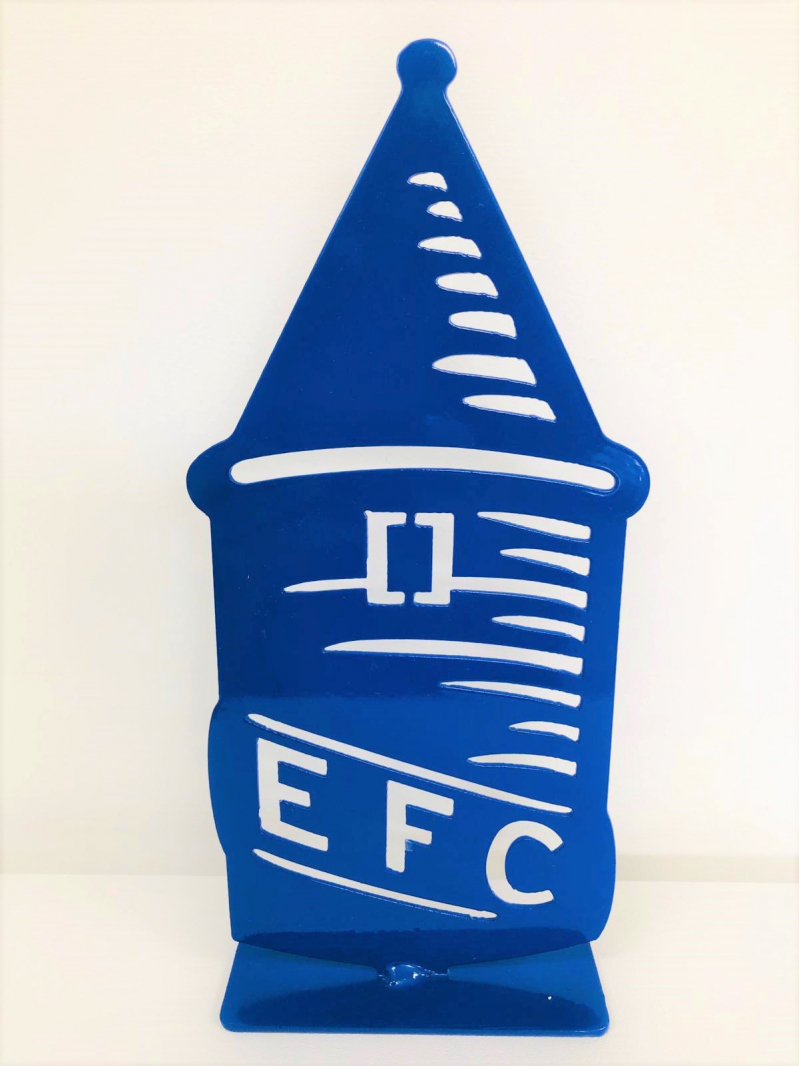 This Everton Lock Up metal stand is made by a local Liverpool artist!  It has been laser cut and powder coated.

History Of The Everton Lock-Up

The Everton Lock-Up, also known as Prince Rupert’s tower can be found on Everton Brow in Liverpool. Made in the 18th century, it is one of only two of its kind that remain in the city. It is mostly known as being the centre piece of the Everton FC crest! It was added to the clubs crest in 1938, and in 1997, Everton F.C. donated £15.000 in order to renovate the tower. The Everton Lock-Up, a grade II listed building was opened in 1787, its original purpose, a holding place for criminals taken there by parish constables.