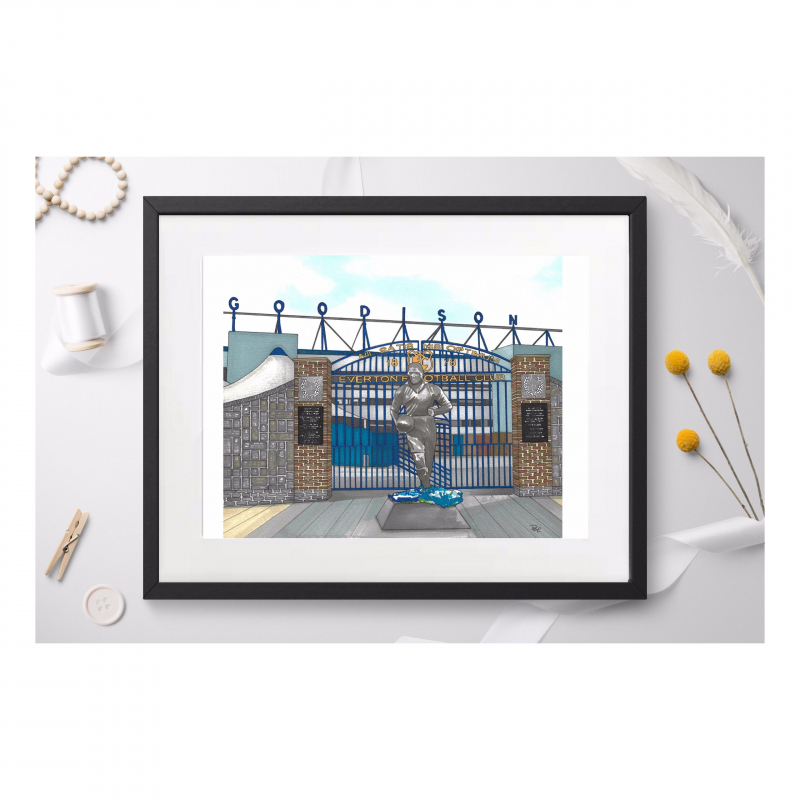 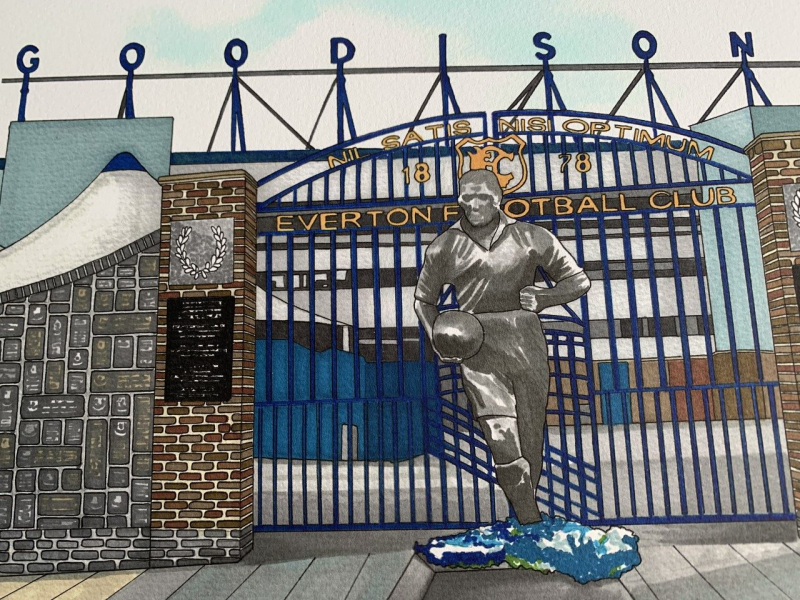 This Dixie Dean Print image is for illustrational purposes only and does not come framed.

Dixie Dean was born in Birkenhead in 1907, and first played for Tranmere Rovers before moving to Everton FC, the club that he supported. He spent the most part of his career at Everton before his injuries led him to move to Notts County.
He was seen as one of the best player of his time, being added to the English Football Hall of Fame in 2002.
He was the first Everton player to wear a number 9 shirt for the club, which later became an iconic number at EFC.
The Dixie Dean statue, which can be found outside of Goodison Park, home of EFC was erected in 2001, made by local sculptor Tom Murphy. On the statue, it is inscribed “Footballer, Gentleman, Evertonian”.