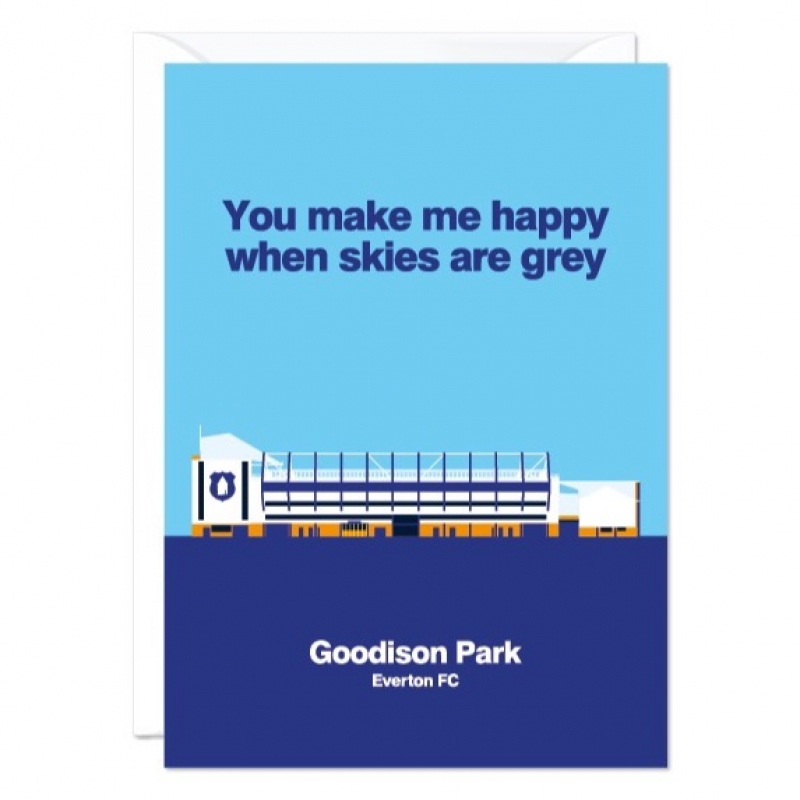 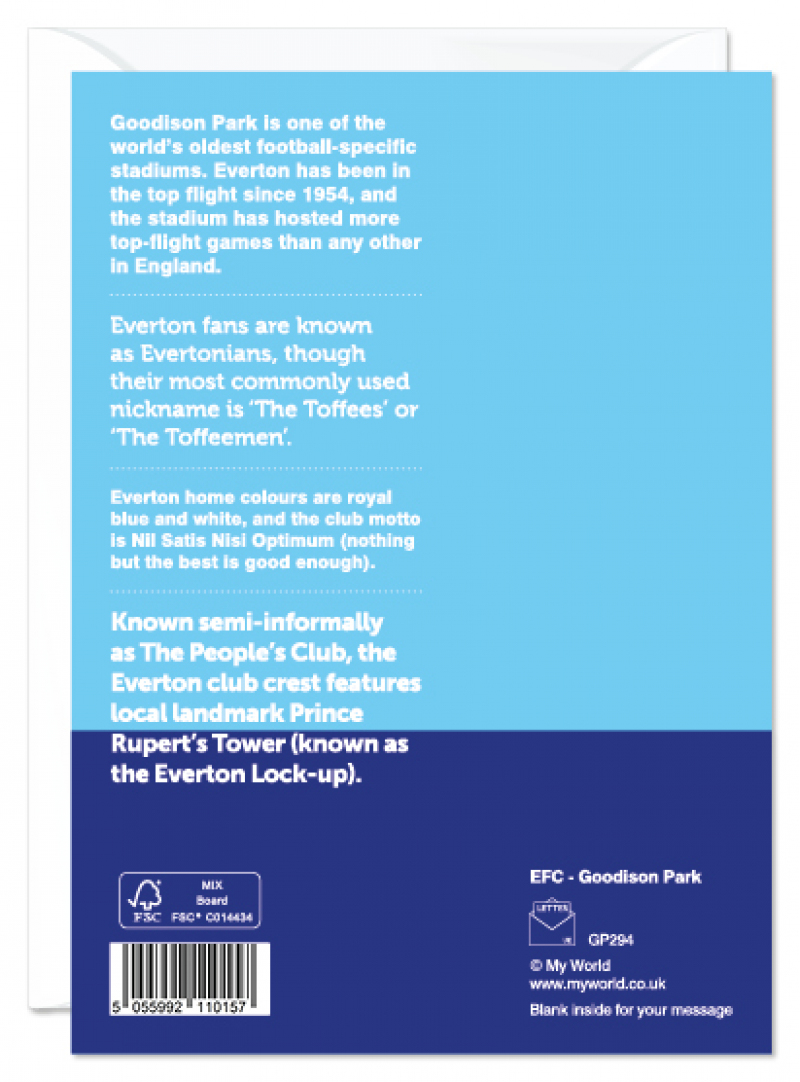 Our EFC card is great to send to a true blue, whether it be for their birthday, Christmas, or another occasion! They’re sure to be made up.
It has an illustration of beloved Goodison Park, home of The Toffee’s. In addition, this EFC card has facts on the back of the card, putting it in a league above the rest!

1878, was the year that Everton was founded but under a different name… St Domingo F.C. The club was named after St Domingo chapel in the Liverpool borough of Everton, and created to offer the congregation the option to play sport all year round, cricket in the Summer and football in the Winter!
Everton F.C. have been playing at Goodison Park since 1892. At this time, the club’s kits were salmon pink and dark blue striped shirts!
Before that, The Toffee’s played at Anfield, but later left after a row over the rent.
The clubs name St Domingo F.C. was changed in 1879 due to people who weren’t a member of the chapel wanting to join the team.
Everton fans are widely known as The Toffees, due to a sweet shop called Mother Noblett’s by Goodison Park that sold ‘Everton Mints’, that many fans went and bought before going to watch Everton F.C. play.