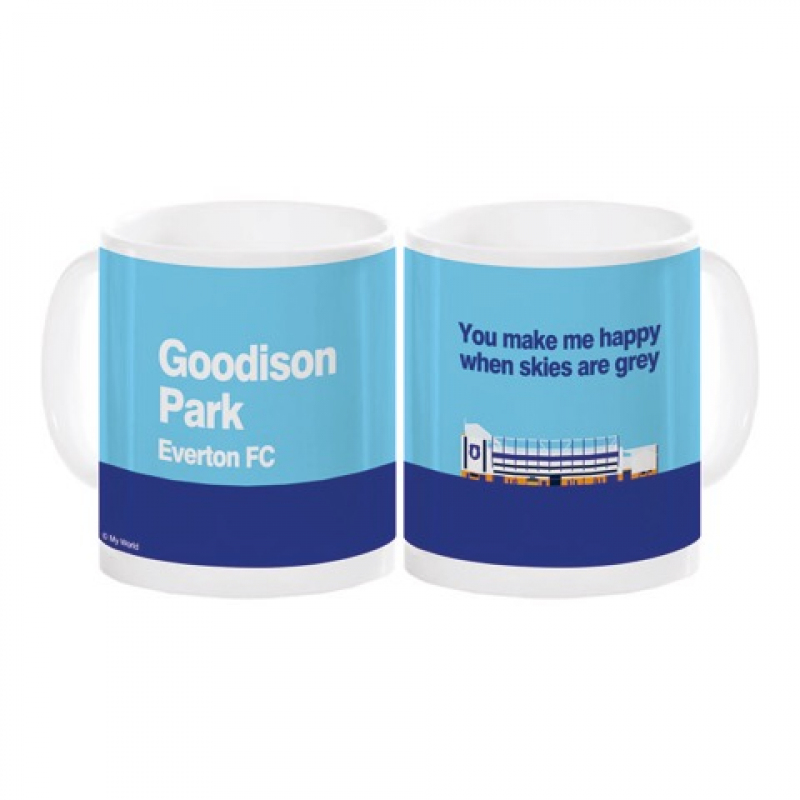 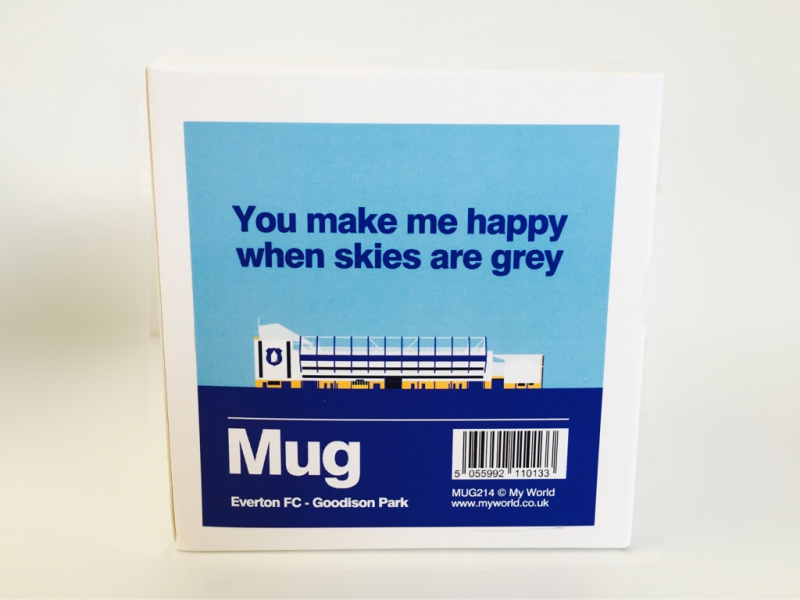 Long day ahead at work? This EFC mug is sure to make any Everton fan’s day become a little better.
Our Everton Mug comes boxed.
It is exclusive to us at The Liverpool Gift Company.

Goodison Park is the home of premier league club Everton.
The stadium gets its name from the road it is built on, Goodison Road.
Since the premier league was established in 1992, Goodison Park has hosted the maximum number of league games!
This is due to Everton having remained in England Football’s top tier since 1954.
Everton’s ground was England’s first purpose-built football stadium.
During the official opening of Goodison Park in 1892, no football was played. Instead, athletics events took place, with fireworks and music for the crowd of 12,000.