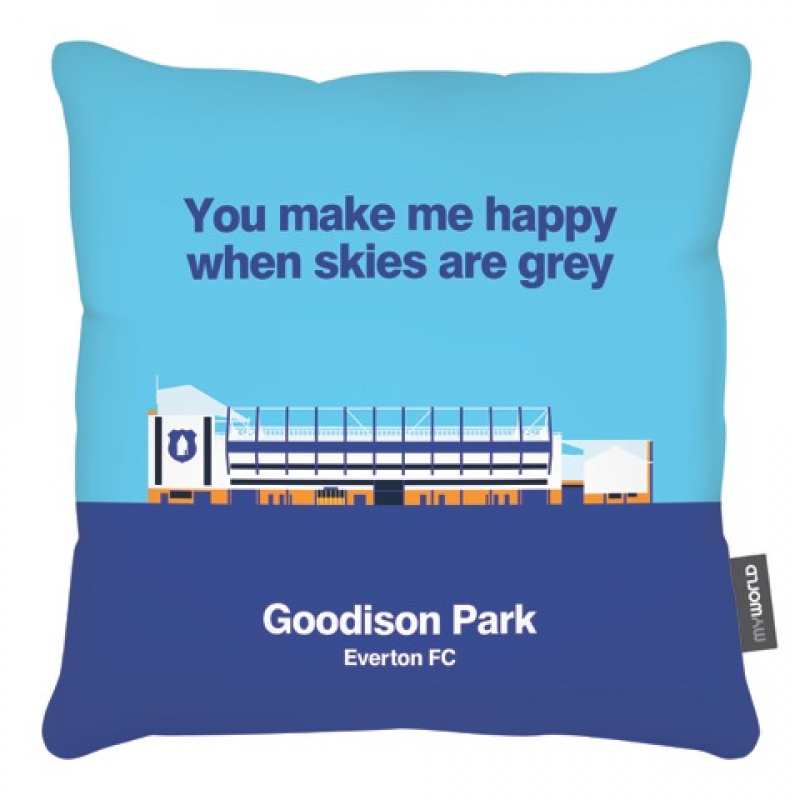 This EFC cushion is a brilliant gift for a mad blue nose. It shows the image of Everton’s famous ground Goodison Park, with a plain grey faux suede back.
It is machine washable at 30 degrees.

The first major football stadium to be built in England was Goodison Park, which opened in 1892.
Everton F.C. played their first game there on the 2nd of September 1892, against Bolton where they won 4-2.
In the 1966 World Cup, Goodison Park hosted several games, one of which being the quarter final between North Korea & Portugal, and the semi final between West Germany and the Soviet Union.
Wembley is the only stadium that has hosted more games than Goodison.
The highest attendence on record for Goodison Park was 78,299, which occurred in 1948 before stadium safety regulations were tightened.