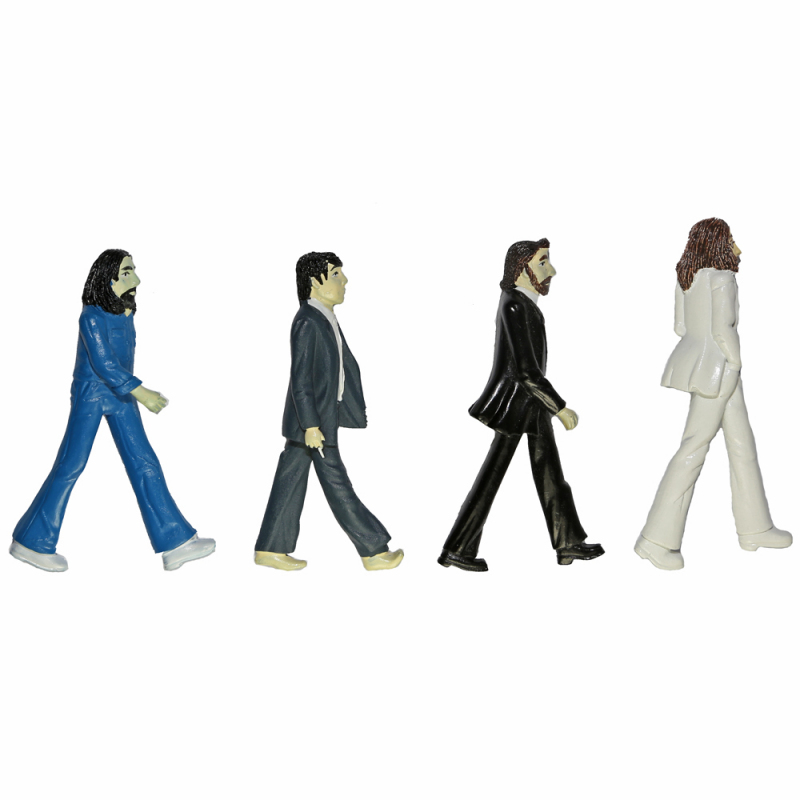 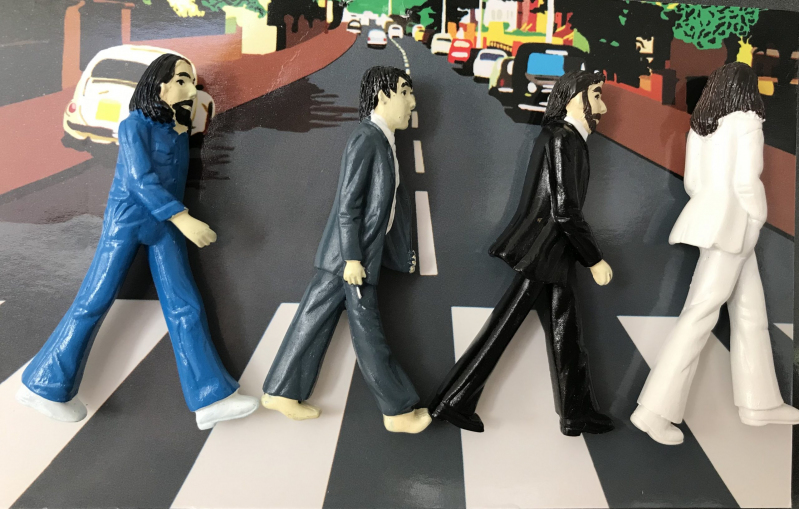 These 4 individual Beatles magnets comes boxed and with the Abbey Road background.

Abbey Road is the 11th studio album by The Beatles. It was released by Apple Records in 1969.
Abbey Road was the last album in which all band members participated in the recording sessions.
The album reached number one in the UK and the US, selling four million copies in its first 2 months of release.
Abbey road’s album cover features the iconic image of the Fab Four walking across a zebra crossing outside Abbey Road Studios.