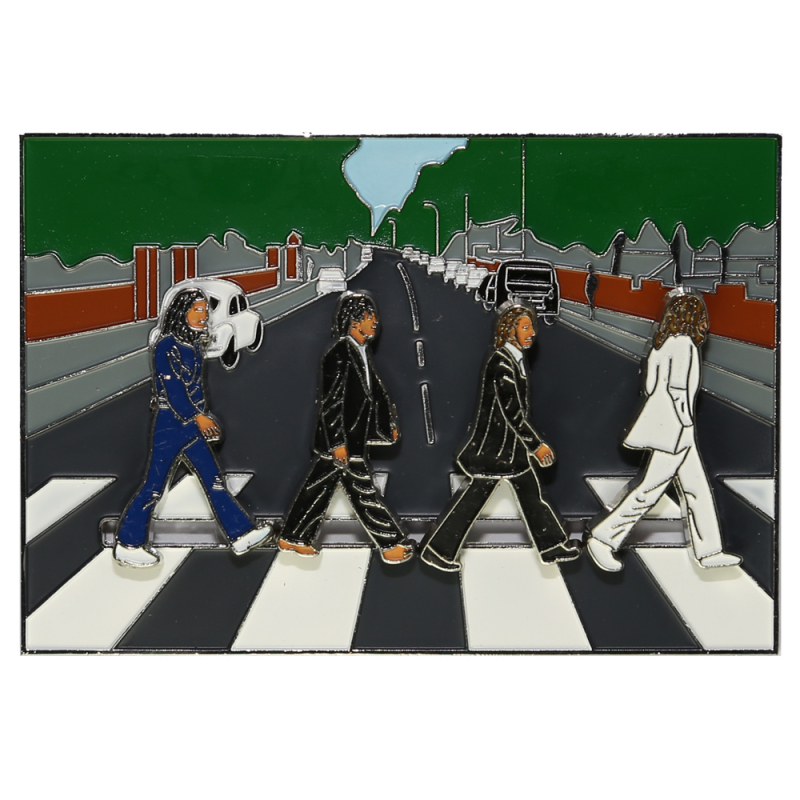 This magnet replicates each of the Fab Four in one of their most iconic scenes, waking across the zebra crossing on Abbey Road, outside the studio where their album was recorded.
This scene was captured and used as the cover for the Abbey Road album.
A great magnet for any Beatles lover!

The Abbey Road album was released in 1969 by Apple Records.
It is The Beatles eleventh studio album and the last one where all band members participated in the recording sessions.
The album reached number one in the UK and the US, and sold four million copies in its first 2 months of release.
The album cover was based on a sketch by McCartney and came to reality on the 8th August 1969, when the photo was taken.
Photographer Ian McMillan only had ten minutes to take the photo while a policeman held up traffic.
Six photographs were taken and later examined by McCartney through a magnifying glass until he made a choice for the album cover.
Now, this exact spot outside Abbey Road studios is a popular place for tourists to go and take their own picture, as a tribute to The Beatles.