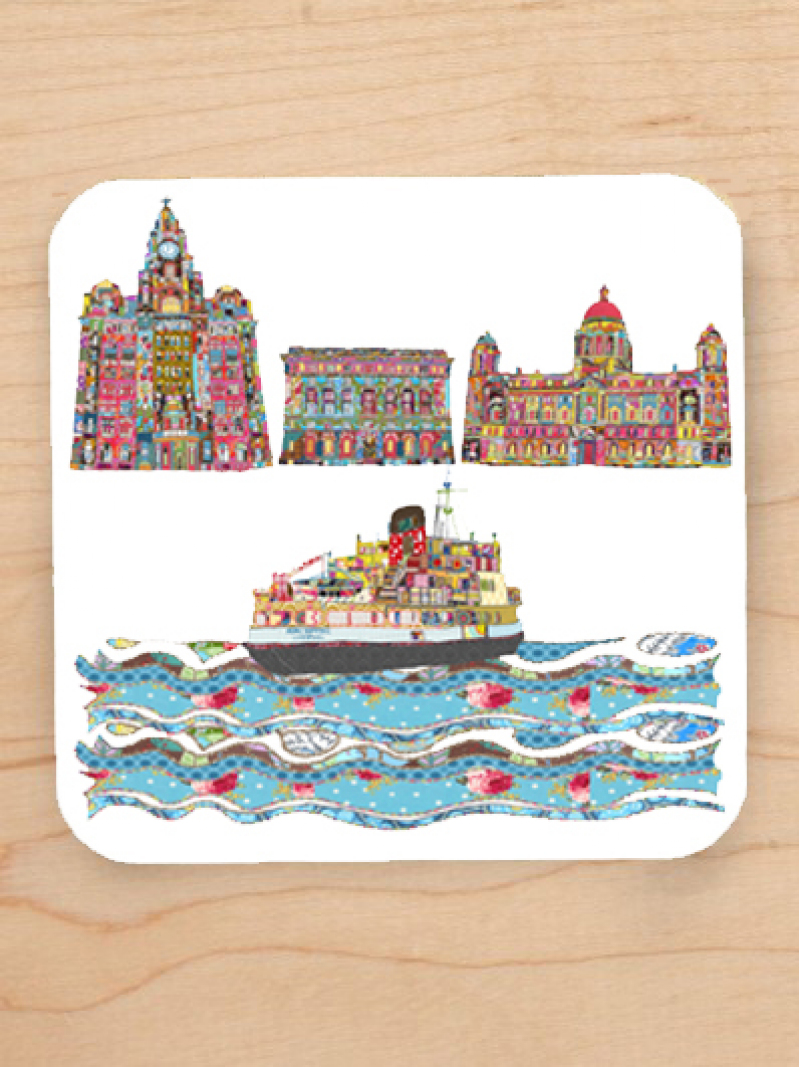 The iconic Three Graces and the Mersey Ferry are pictured on this gorgeous coaster by a local Liverpool artist Tula Moon.

About The Three Graces

The Three Graces consists of the Royal Liver Building, the Cunard Building, and the Port of Liverpool, situated on the Pier Head which overlooks the River Mersey.
Built in 1911, the Royal Liver Building is the most well known of the trio. Its original purpose was as the headquarters of the Royal Liver Assurance Group! Here live the two infamous Liver Birds, on top of the grade I listed building, one overlooking the sea and the other over the city. Many myths surround these birds, a common one being that they are there to protect the people of Liverpool and those at sea.
The Cunard Building was originally the headquarters of the Cunard Line, a shipping company. It was constructed between 1914 and 1917, with a mix of Italian Renaissance and Greek Revival style.
The Port of Liverpool Building was designed by two architects Sir Arnold Thornley and F.B. Hobbs, both of which won a competition between local architects. The building’s most notable feature, the central dome, was in fact a very last minute addition. The eastern side of the building was hit by a bomb in 1941 during the Blitz, but luckily it was very structurally sound, so only small repairs were necessary.

Liverpool Skyline Bauble – All Year Round