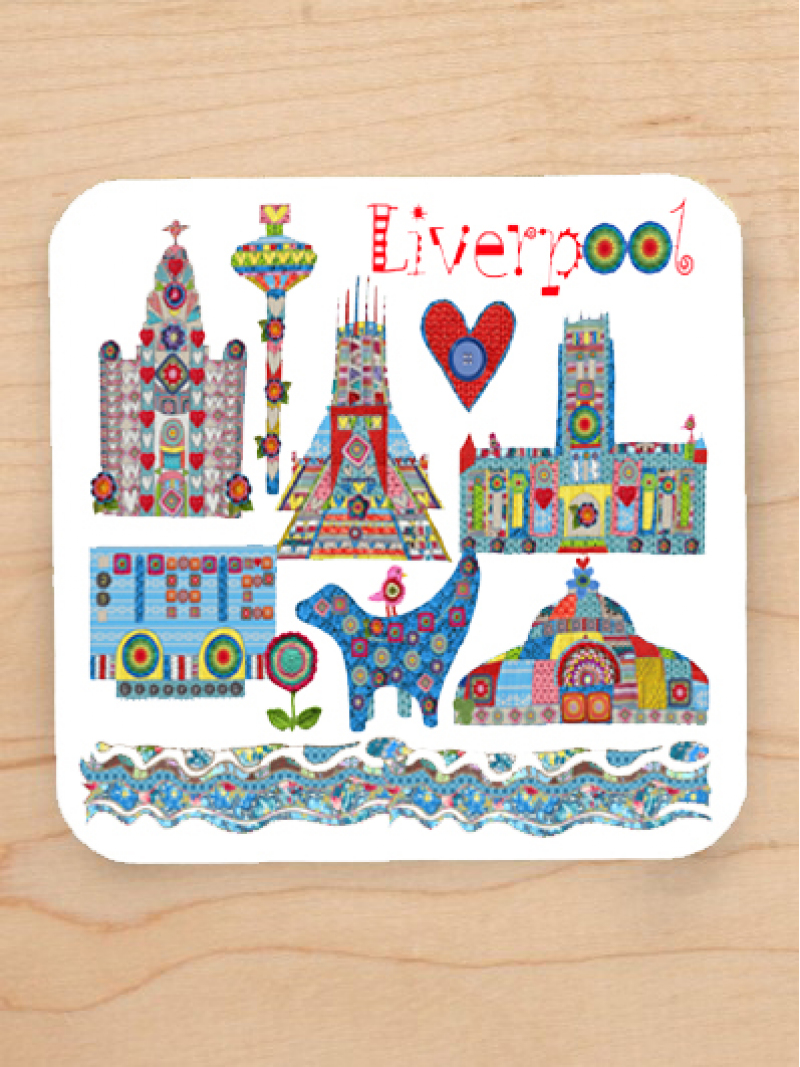 Liverpool’s most iconic landmarks are combined on this gorgeous coaster by a local Liverpool artist Tula Moon.

Liverpool is the home of many amazing attractions, which makes the city so great to live in and to visit.
Liverpool has two cathedrals which are within half a mile of each other, the Anglican and the Metropolitan.
One of Liverpool’s newer additions is the Lambanana, which was a very important landmark in the city’s 2008 Capital Of Culture Celebrations.
One of South Liverpool’s best attractions is the Palm House in Sefton Park. It opened in 1896 and was packed full of exotic plants. It now hosts many free public events, and is one of the most popular places in the city to tie the knot.
The Radio City tower (St John’s Beacon), built in 1965, was for many years, the tallest building in Liverpool, and even had a rotating restaurant at the top!
The Royal Liver Building is located on Liverpool’s Waterfront and is a grade I listed building. It was the headquarters of the Royal Liver Assurance Group, that helped the city’s families if they had lost a wage earning relative.