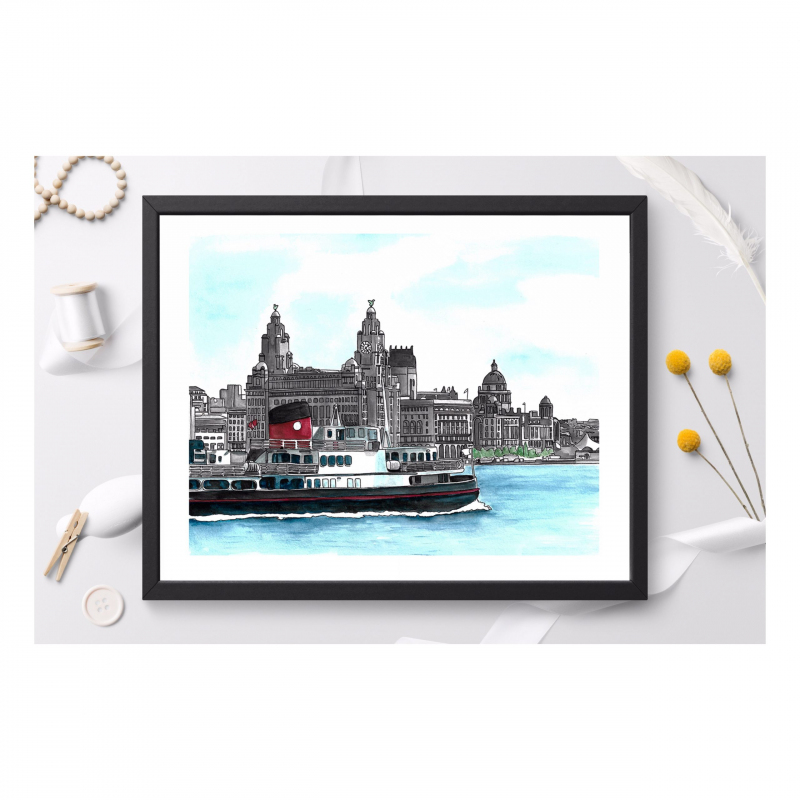 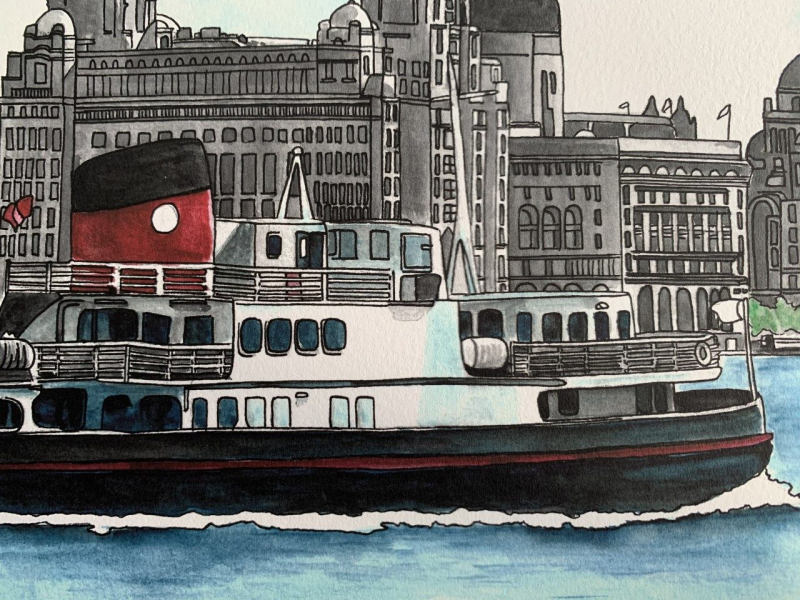 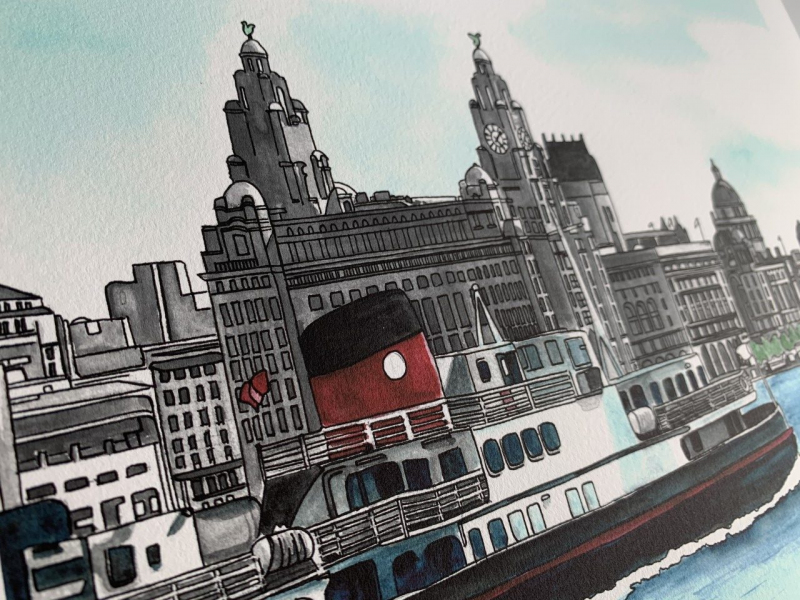 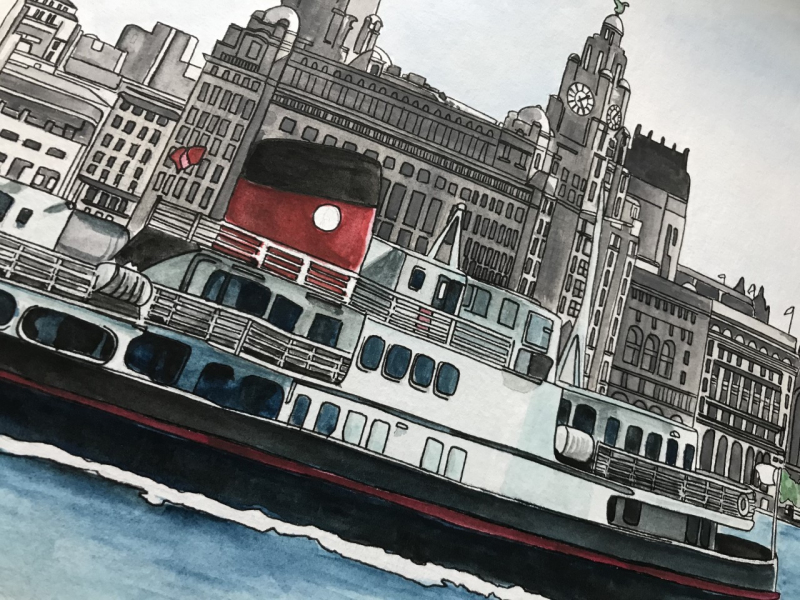 A gorgeous interpretation of Liverpool’s infamous Three Graces & Mersey Ferry.
Working under the guise of Paint By Pablo, he is a Liverpool based artist, born and raised in the city.
He uses pencil, watercolour and pen in order to create his fabulous prints.

This Shankly Gates Print image is for illustrational purposes only and does not come framed.

The Three Graces are found on Liverpool’s Pier Head, in the centre of the city. The trio consists of the Royal Liver Building, the Port of Liverpool Building, and the Cunard Building.
The buildings make up part of Liverpool’s UNESCO World Heritage Sit, which goes from the Albert Dock right up to Stanley Dock.
The first version of the Mersey Ferry was first ran by Benedictine Monks, starting in 1150, when they rowed from Birkenhead to Liverpool.
Before the construction of Mersey Tunnels, the Mersey Ferry was the only means of crossing the river, therefore meaning there was a 24 hour service.
In 1990, the ferries were forced to re-launch as a tourist and heritage attraction, as the numbers of people using their services had seriously declined.