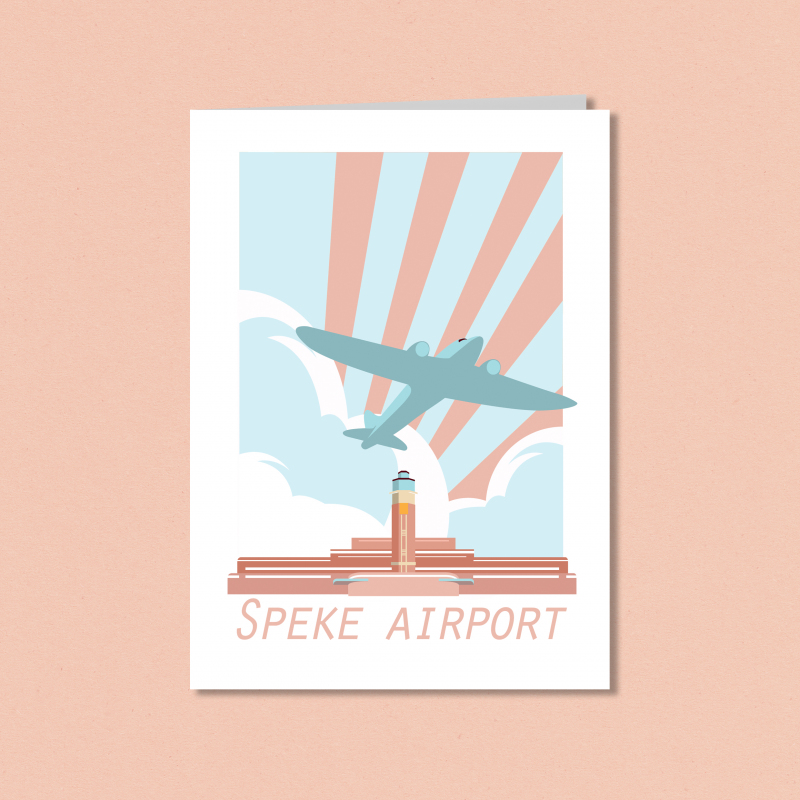 The Jones Boys, two designers from Liverpool take a big inspiration from vintage posters which can be clearly seen in this Speke Airport card.
They also are big fans of the North Wests art-deco period, which influences many of their designs.

Scheduled flights at Speke Airport started in 1930, with a big demand for journeys crossing the Irish Sea.
During World War 2, Speke Airport was used by the RAF, and known as RAF Speke. Here, many planes were assembled to be used in battle, and the parts had been shipped to Liverpool’s docks from America.
In 1966, Prince Phillip officially opened a new runway, which was just southeast of the existing site.
This new site is what we now know as Liverpool John Lennon Airport, which as renamed in 2001.
In 1982, the Pope (John Pauk II) visited crowds at the old Liverpool Airport.