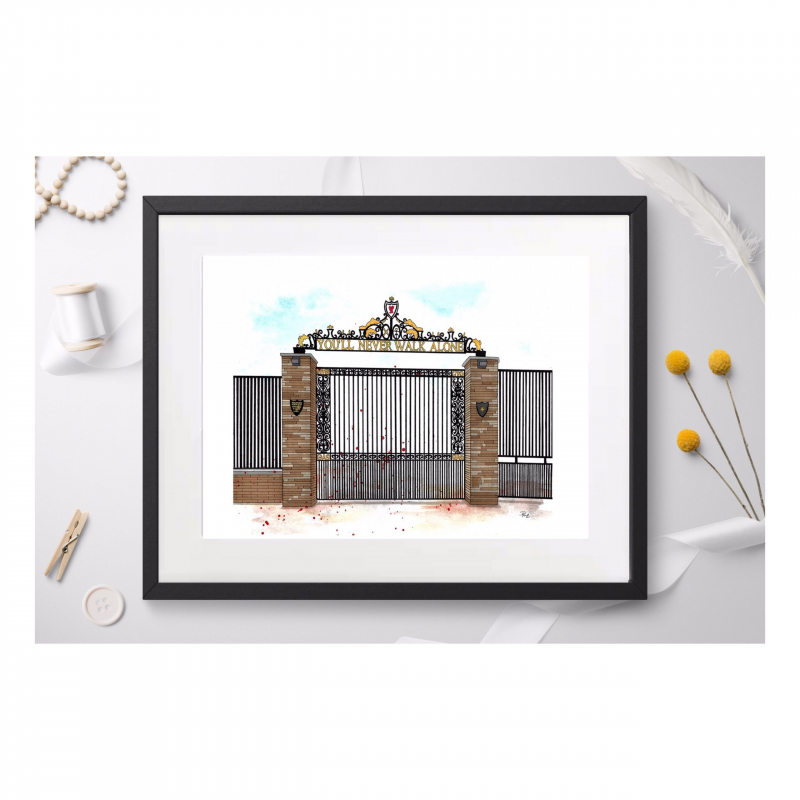 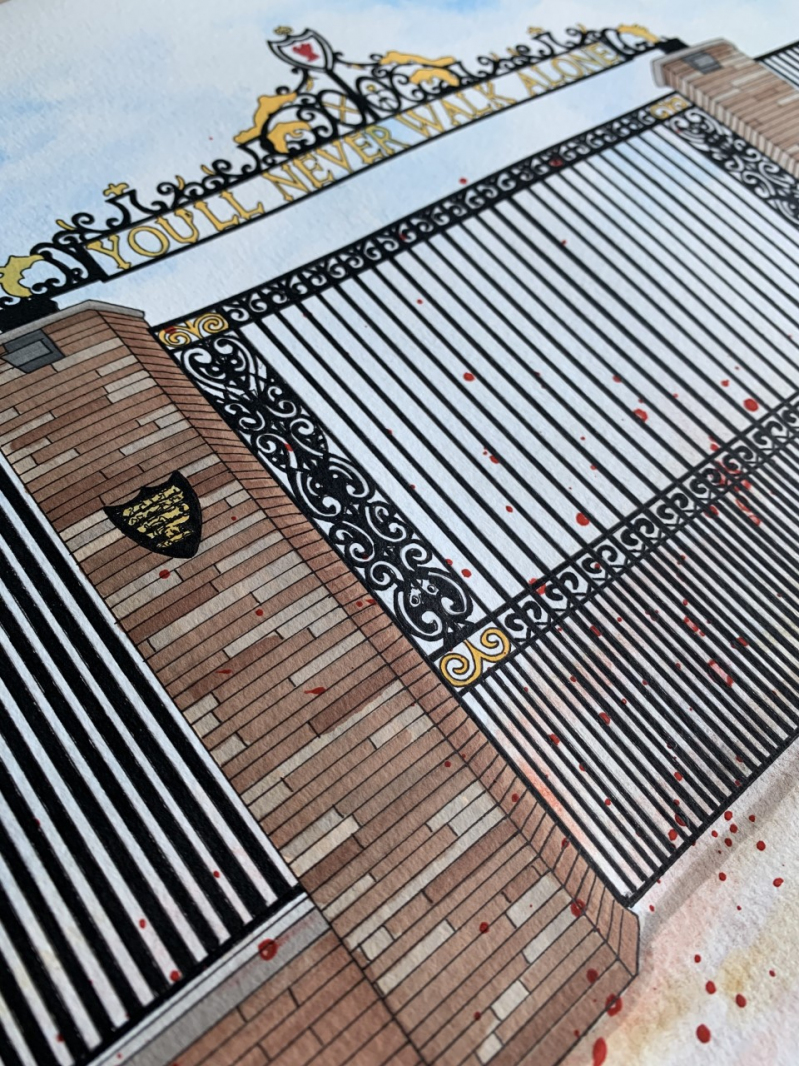 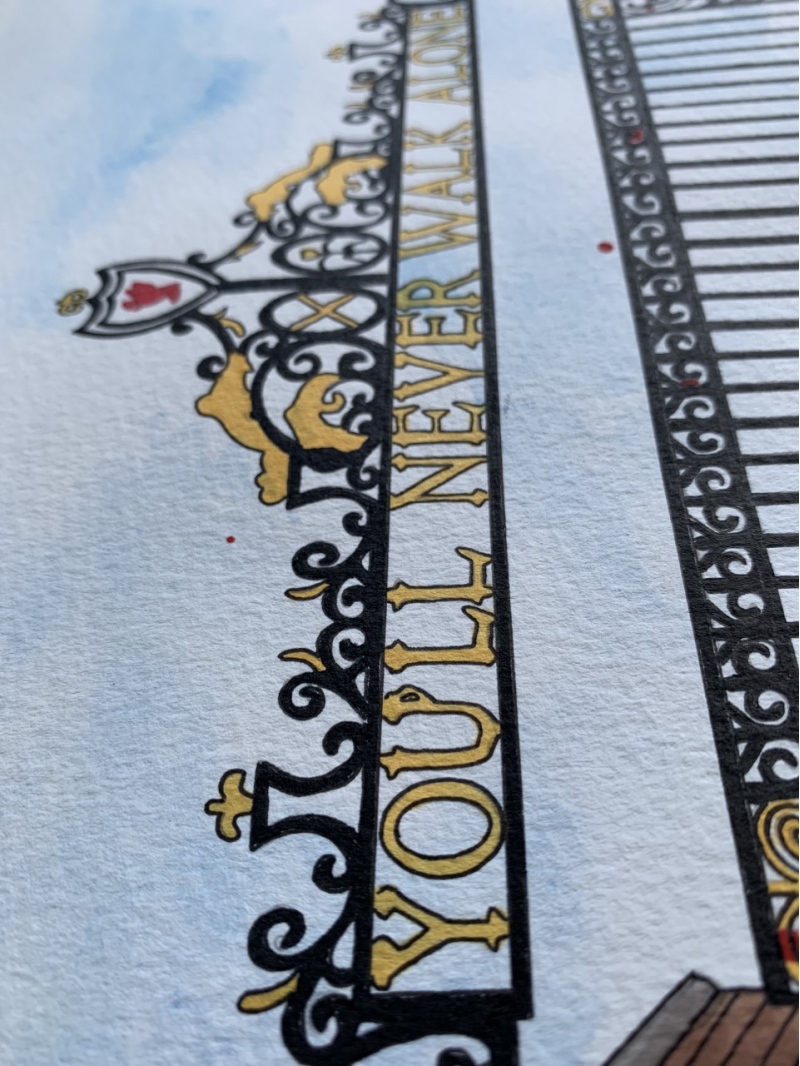 This Shankly Gates Print image is for illustrational purposes only and does not come framed.

LFC’s monument to the man who started it all! The Shankly Gates were constructed as a tribute to Bill Shankly, Liverpool FC’s former manager. They were first unlocked by his widow Nessie on the 26th August 1982. Across the gates is ‘You’ll Never Walk Alone’, LFC’s famous anthem, which the club took on under Shankly’s management.
The Shankly Gates were moved further down Anfield Road in 2016 due to some renovation works.
Shankly’s granddaughter described the gates as “a fantastic tribute to my granddad’s outstanding contribution to the football club.”