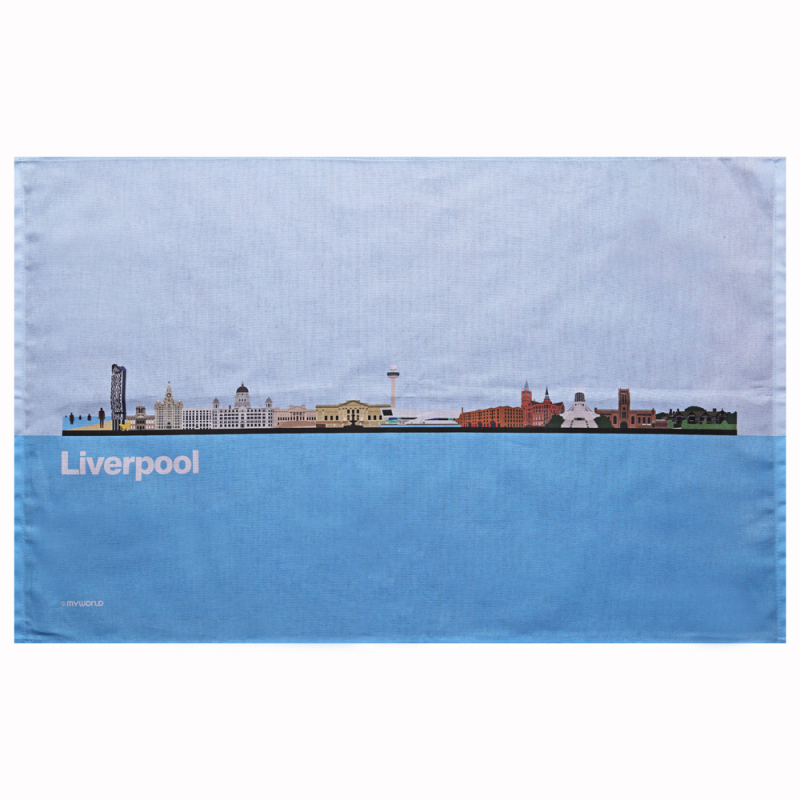 Liverpool has one of the best skyline’s in the world and it is brilliantly captured on this architecturally styled tea towel!
This Liverpool Skyline tea towel is 100% cotton.

Liverpool’s waterfront is the home of the Three Graces. It is made up of The Cunard Building, originally the headquarters of the Cunard Line, The Port Of Liverpool, which was formerly the Dock Office, and The Royal Liver Building, said to be the first skyscraper in Britain!
Liverpool has two cathedrals within the space of half a mile from each other, the Metropolitan and the Anglican, making it one of the few city’s to have two!
Another notable building which makes up the Liverpool skyline is St John’s Beacon. It is now more commonly known as Radio City Tower and was actually built with a rotating restaurant at the top! It beat the Royal Liver building as the tallest building in Liverpool when it was built in 1965.