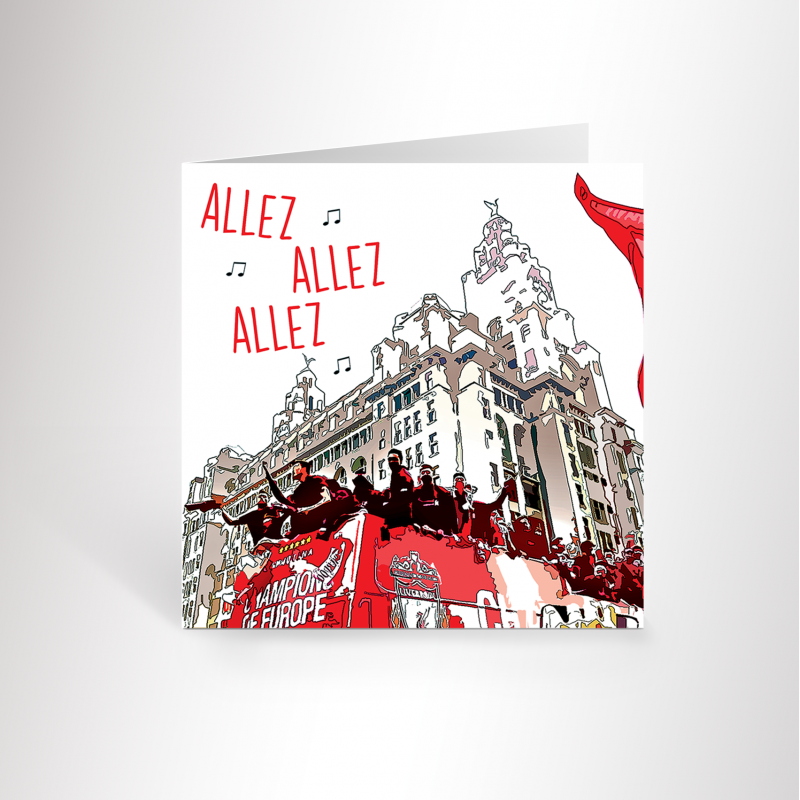 Allez Allez Allez was an LFC anthem that started in pubs around Anfield, mid-way through their spectacular 2019 season.
It became the soundtrack to Liverpool FC’s successful journey to the 2019 Champions League Final in Madrid against Tottenham.
An iconic image of LFC supporters celebrating their teams win on the streets of Liverpool has been beautifully captured and displayed on this card, during the teams trophy parade.

We’ve conquered all of Europe

From Paris down to Turkey

The Fields of Anfield Road

We are loyal supporters

And we come from Liverpool