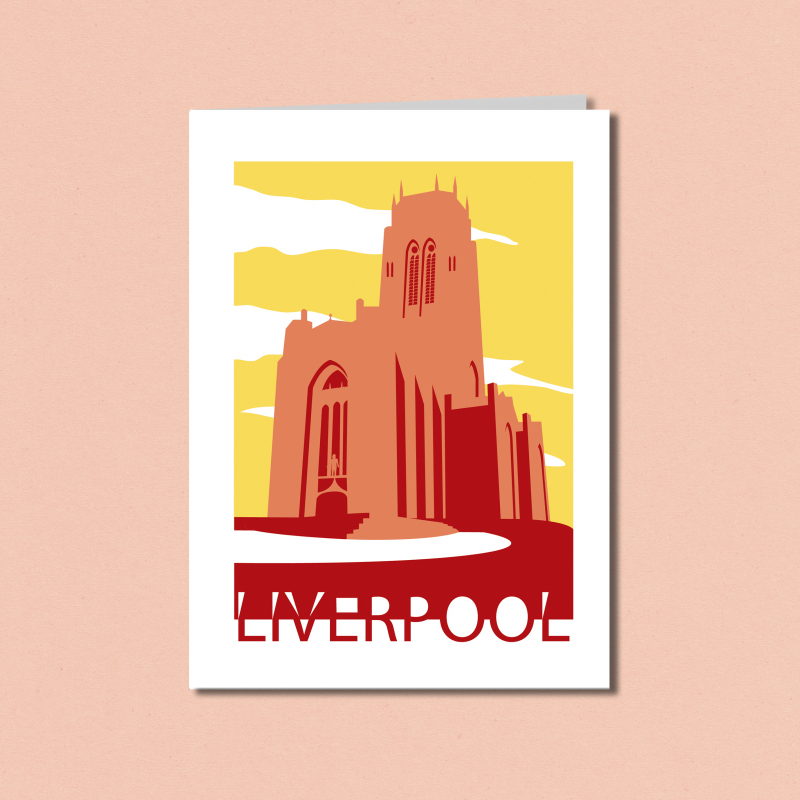 The Jones Boys have created this Anglican Cathedral card in a quirky art-deco style!

More About The Anglican Cathedral

Liverpool has two cathedrals, the Anglican Cathedral and the Metropolitan Cathedral, which are both situated half a mile from one another.
The Anglican is a protestant building, and the Metropolitan is a catholic building.
The Anglican Cathedral is the longest cathedral in the world (207 yards)! It is also the largest cathedral in England.
In 1901, the city held a design competition for the cathedral, with all entries having to be in a gothic style. The winner, was 22 year old Giles Gilbert Scott, who had no previous buildings under his belt, and was also a Roman Catholic!
The AnglicanCathedral hosts many events throughout the year, such as weddings, concerts and even shows films.