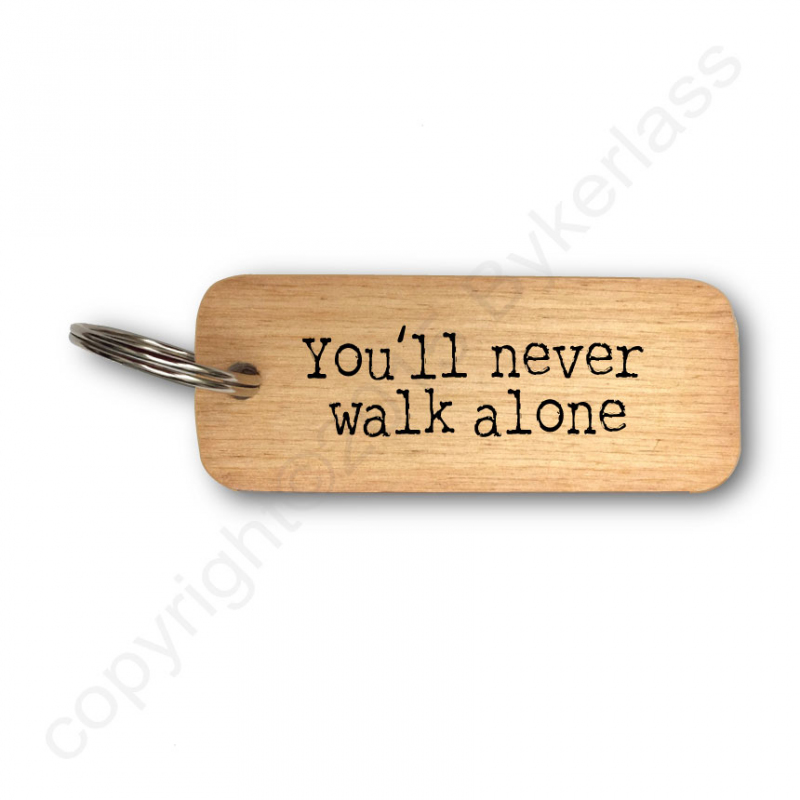 The anthem of LFC, this keyring would be great for every Kopite!
You’ll Never Walk Alone rustic keyring is water resistant, meaning it is durable and long lasting.
This product is also made in the U.K.

The song originates from the musical ‘ Carousel’ which was written by Rogers & Hammerstein.
Artists such as Elvis Presley, Doris Day, Frank Sinatra and Andy Williams have added to the songs fame with their recordings.
The most famous recording of You’ll Never Walk Alone was done by Gerry & The Pacemakers, a band from Liverpool who topped the UK charts for more then a month.
LFC fans started singing this song in 1963 and it later developed into being the teams anthem.
Liverpool Football Club aren’t the only ones to have this song as their anthem, with Celtic, Borussia, and Japan’s F.C. Tokyo all taking a liking to the song.
Fans spontaneously sang You’ll Never Walk Alone at the end of one Queen’s concerts, which served to inspire the super band to write “We Are The Champions” & “We Will Rock You”.

In Klopp We Trust Wooden Plaque