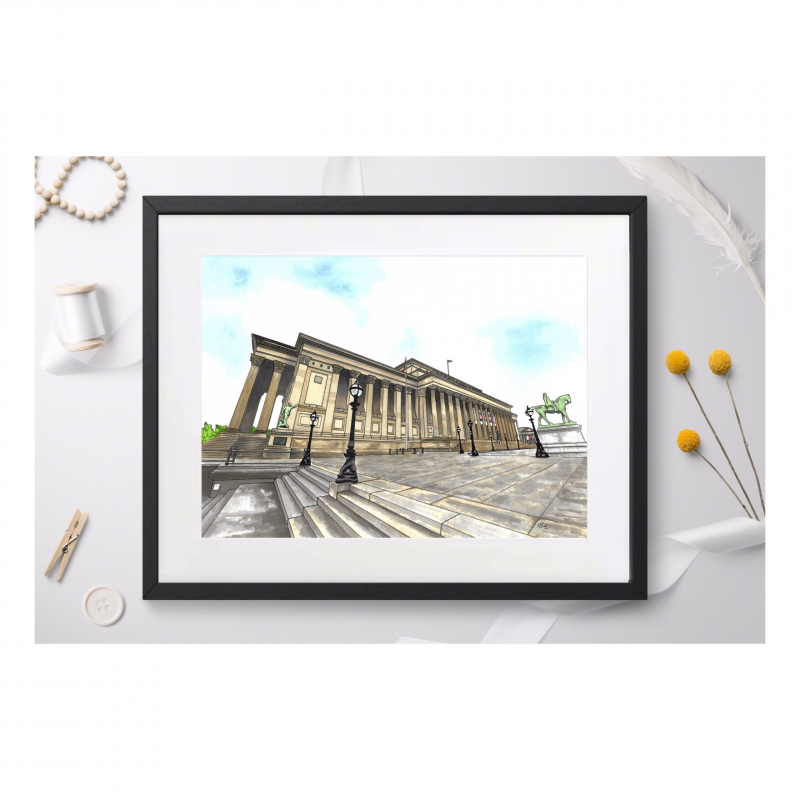 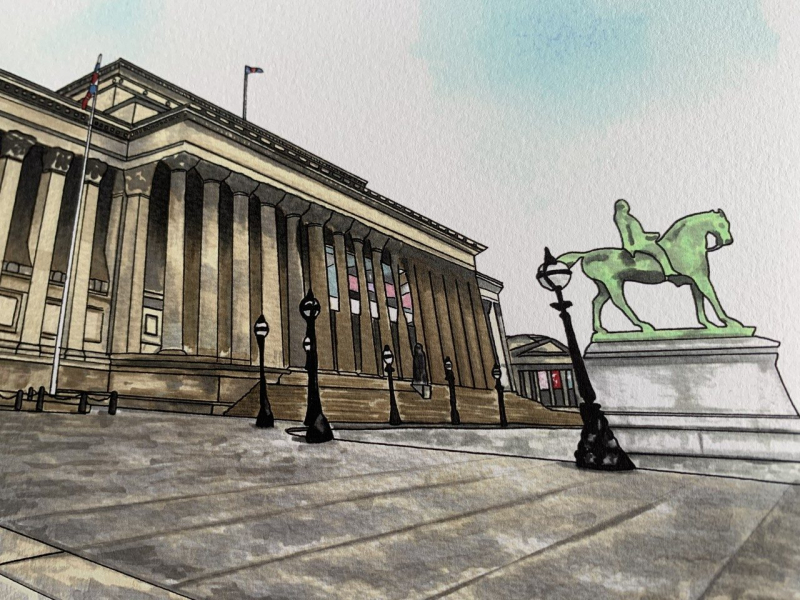 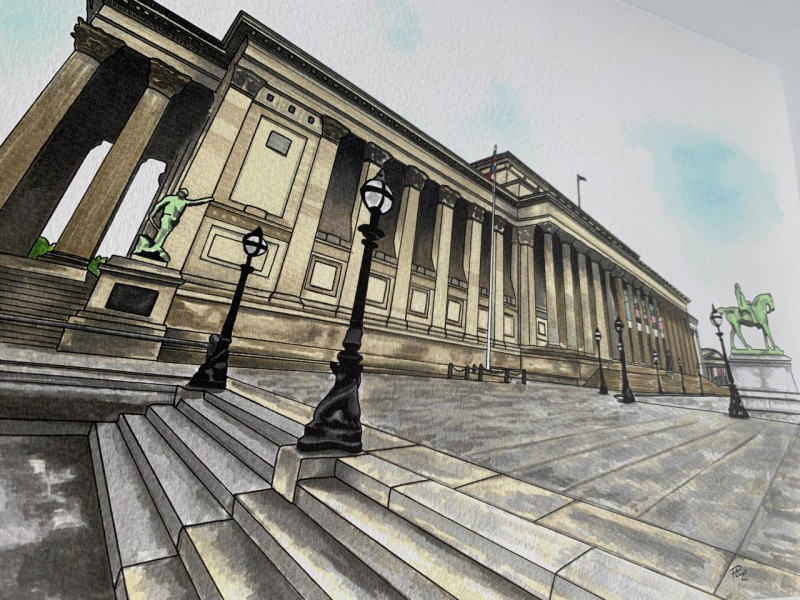 This St George’s Hall Print image is for illustrational purposes only and does not come framed.

St George’s Hall is located in the heart of Liverpool, right next to Lime Street Station.
The grade I building is part of Liverpool’s World Heritage Site, built in 1841.
An architect from London, Elmes, won a design competition aged 25, resulting in the St George’s hall that we know of today.
Liverpool did not have a suitable venue for musical events, therefore Elmes created a design that placed law courts and concert halls in the same building, which made it unlike any other public building of its time.
In 1969, Nikolaus Pevsner said that he saw St George’s Hall as one of the best neo-Grecian buildings in the world.