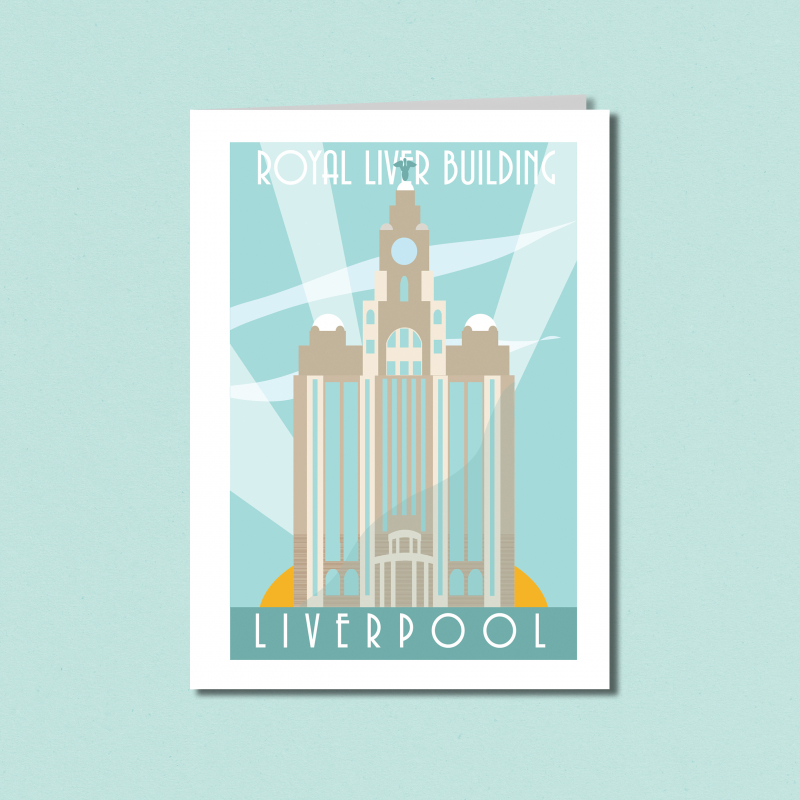 This Royal Liver Building Card was designed by local Liverpool brothers The Jones Boys.
Their colour schemes are often inspired by vintage posters, and their designs by the art-deco period in the North West of England.

More About The Royal Liver Building

The Royal Liver Building was opened in 1911, and is a Grade I listed building, which can be found on Liverpool’s Pier Head.
It is part of the Three Grace’s trio, visited by thousands of tourists every year.
The Liver Building’s original purpose was as the Royal Liver Assurance headquarters, which provided the people of Liverpool with aid if their family had lost the main wage earner.
Atop of the buildings two towers, the Liver Birds can be found, which were designed by Carl Bernard Bartels. These 18 foot birds are saw by many people in Liverpool as protectors of land and sea.