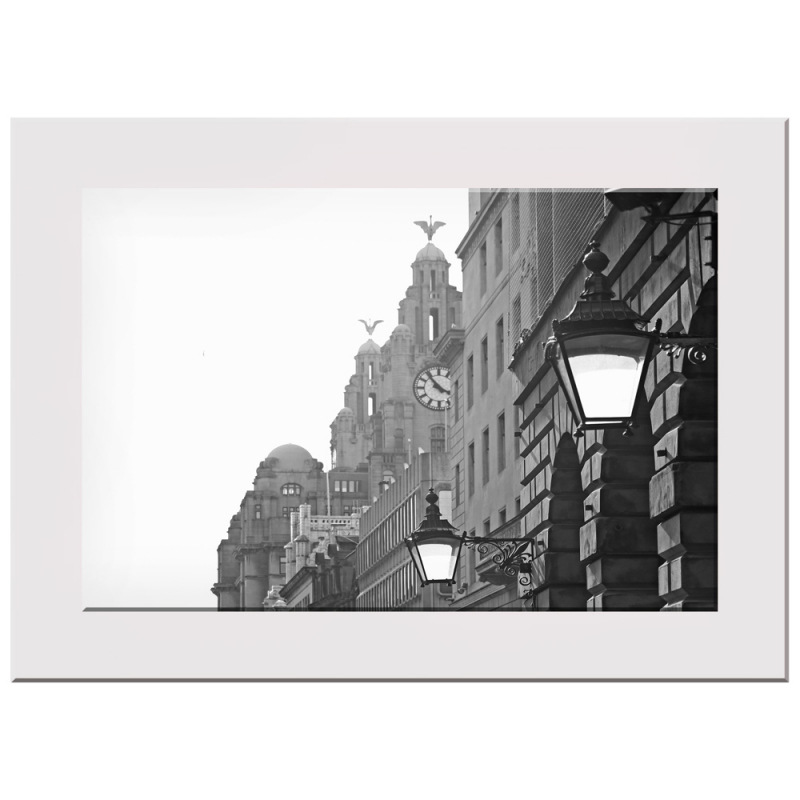 A wondeful photograph of Liverpools infamous Royal Liver Building, captured by local Liverpool photographer Peter Agate.
This product is printed and mounted in Liverpool and is done with a matt finish!

This Liver Building & Town Hall Print is limited edition and exclusive to us at The Liverpool Gift Company!

About The Royal Liver Building and Liverpool’s Town Hall

The Royal Liver Building took three years to build and was completed in 1911, becoming the home of the Royal Liver Assurance Group. They helped families in the city who had recently lost a wage earning relative. Liverpool’s infamous Liver Birds sit on top of this building, with one looking out to sea, supposedly to protect the seamen, and the other overlooking Liverpool to protects its citizens. In 1229, Liverpool was given the right to self governance by King Henry III. In order for this to be properly authenticicated, the creation of a unique seal was needed, and so the Liver Bird was born.

Liverpool’s Town Hall as we now know it was built between 1749 and 1754. It replaced an older Town Hall that has now been knocked down. England’s National Heritage List describes the Town Hall as “one of the finest surviving 18th-century town halls”. Recent works have taken place on Liverpool’s Town Hall, between 2014-2015. This included repairing bomb damage from the Blitz and cleaning the sandstone, which had been darkened due to pollution. Liverpool’s Town Hall is open to the general public once a month, and also holds a wedding license!

Liverpool Book – All About Liverpool