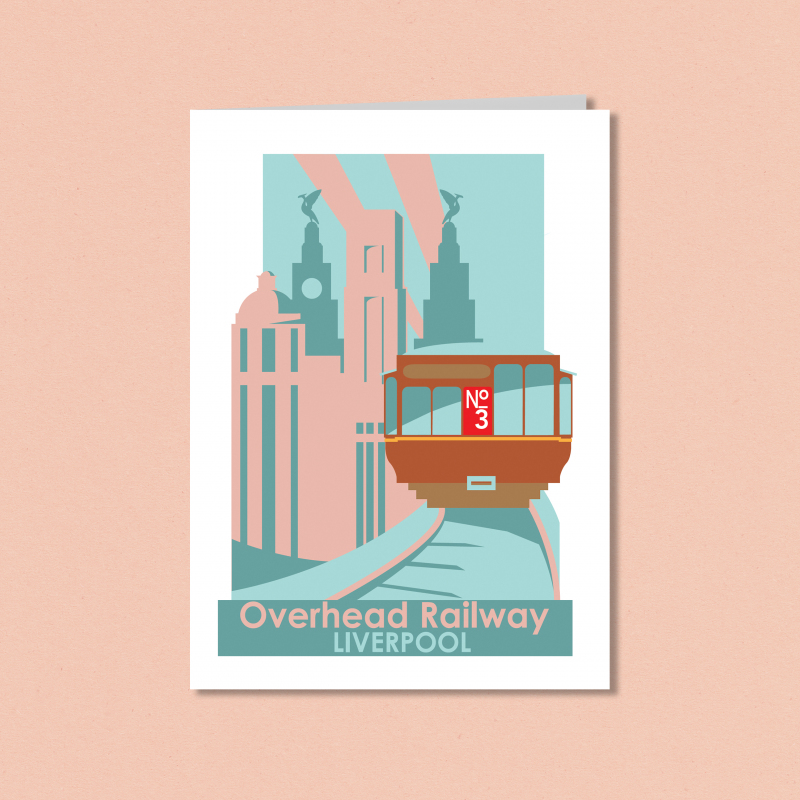 This Liver Building & Overhead Railway card has been designed by The Jones Boys.
They are twins from Liverpool who look to vintage posters and art-deco periods for a design and colour inspiration.

Liverpool’s Overhead Railway was known by locals as the Docker’s Umbrella.
It was a solution to overcrowding on the city centre roads.
It opened in 1893, running along Liverpool’s Docks, and was the 2nd oldest electric metro in the world after London!
At its peak period, around 20 million people used Liverpool’s Overhead Railway, Dingle being the furthest point South, and Litherland the furthest point North.
Some stations were unfortunately damaged during World War 2 bombings.
Liverpool’s Overhead Railway was closed in 1956, despite the people wanting it to stay open. The last ever trains were scheduled to meet from each direction at the Pier Head at the same time, and were met by crowds.
The railway was replaced by a bus service, and it was eventually demolished in 1957.