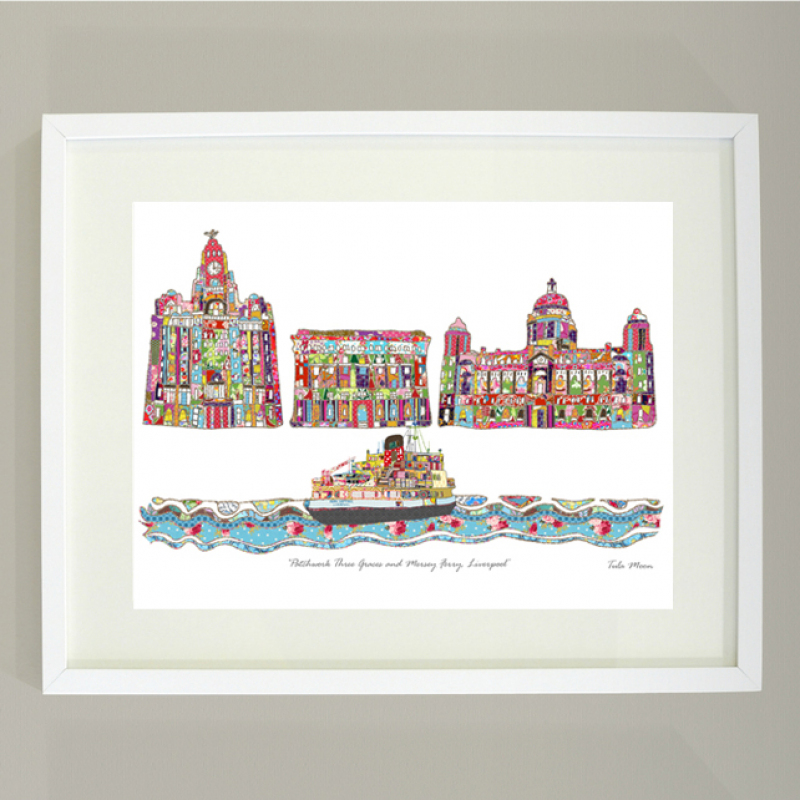 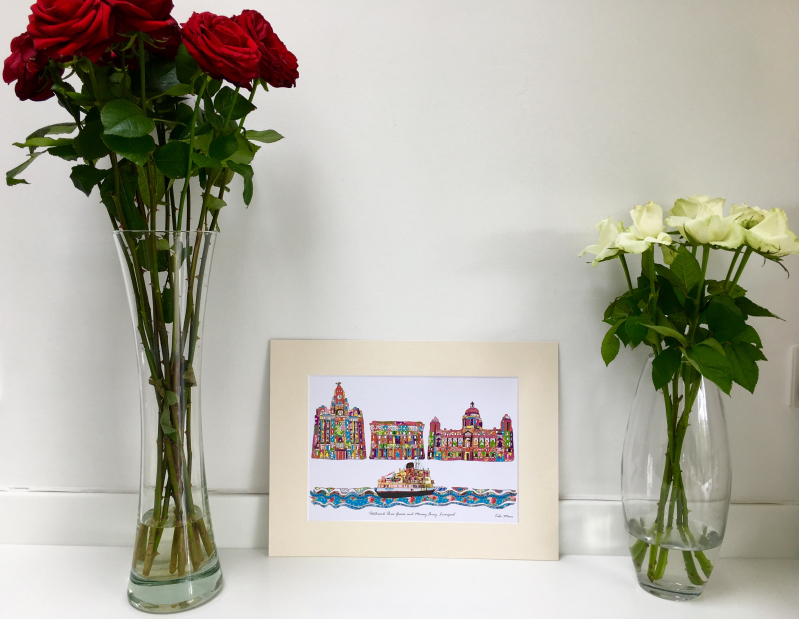 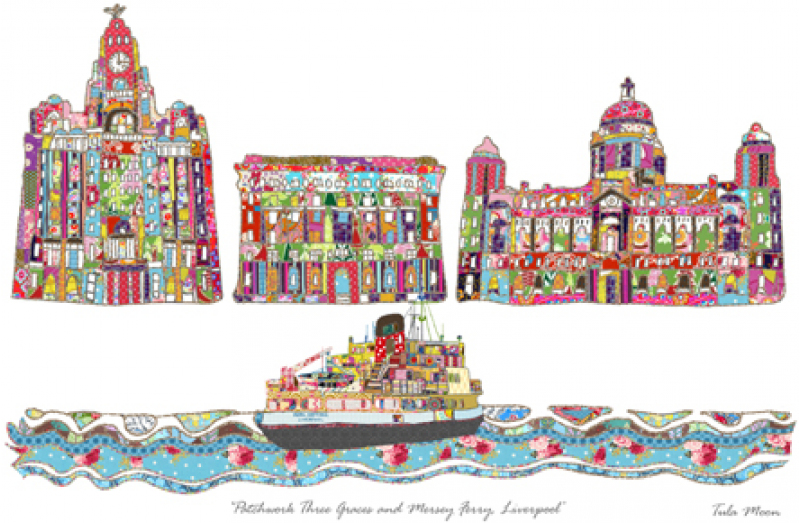 The iconic Three Graces and the Mersey Ferry are pictured on this gorgeous print by a local Liverpool artist Tula Moon.

Liverpool Pier Head is home to The Three Graces, which consists of The Royal Liver Building, Cunard Building, and the Port Of Liverpool Building.
The Liver Building took 3 years to build and was finished in 1911. Its original purpose was for the Royal Liver Assurance Group, which helped families who had lost a wage-earning relative.
The Cunard Building also took 3 years to build, and was completed in 1917. The style of the building has Italian Renaissance influences and also Greek Revival. It was the headquarters of the Cunard Line.
The Port Of Liverpool building construction was completed in 1907 and was the headquarters of Mersey Docks and Harbour Board for 87 years! The building has been restored massively, at a cost of £10m, between 2006 and 2009.
The Mersey ferry offers a service between Liverpool and Birkenhead on the Wirral peninsula, a route that ferries have used since the 12th century. The Mersey Ferry was a very important attraction in Livepool’s Capital Of Culture Celebrations in 2008 , it being booked full to capacity for three consecutive days.