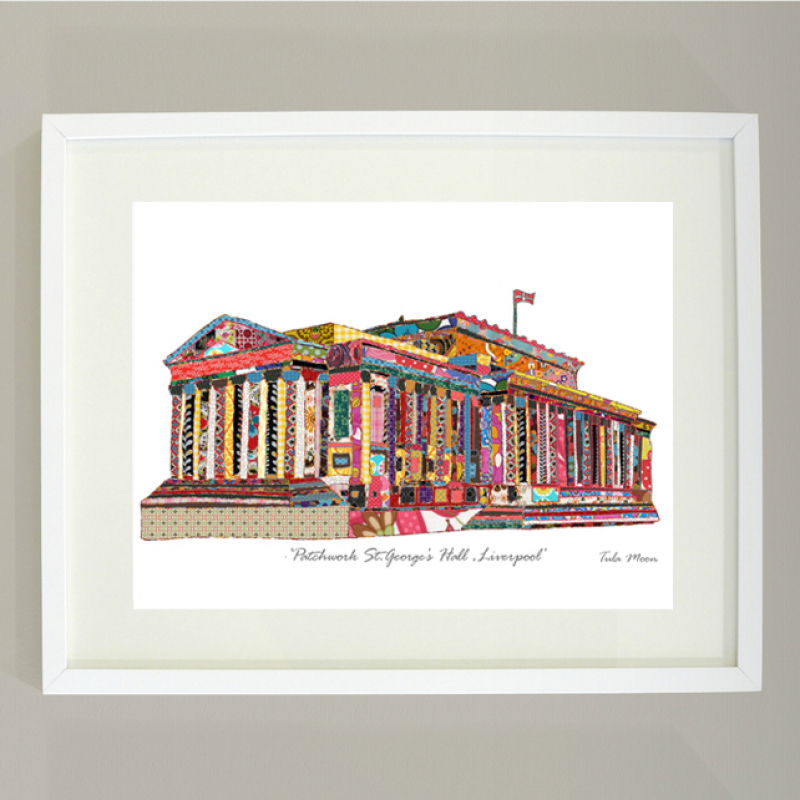 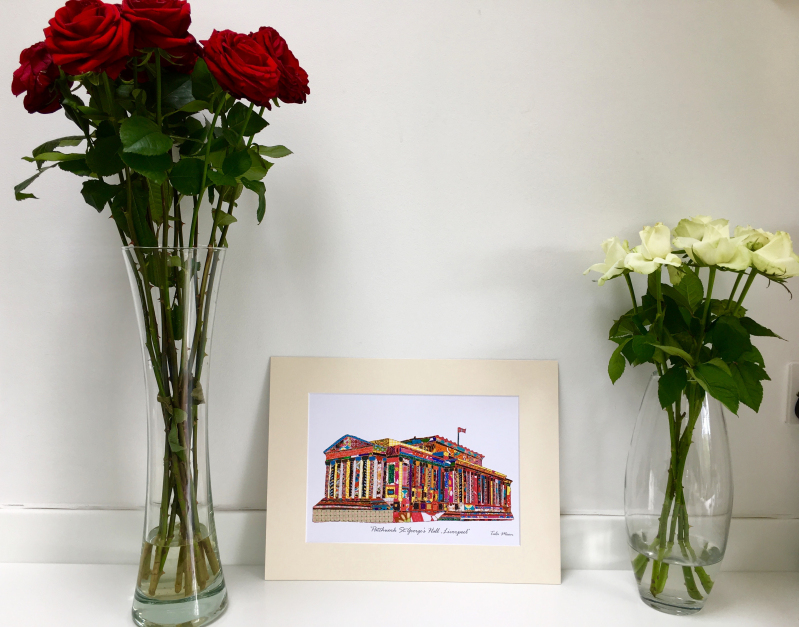 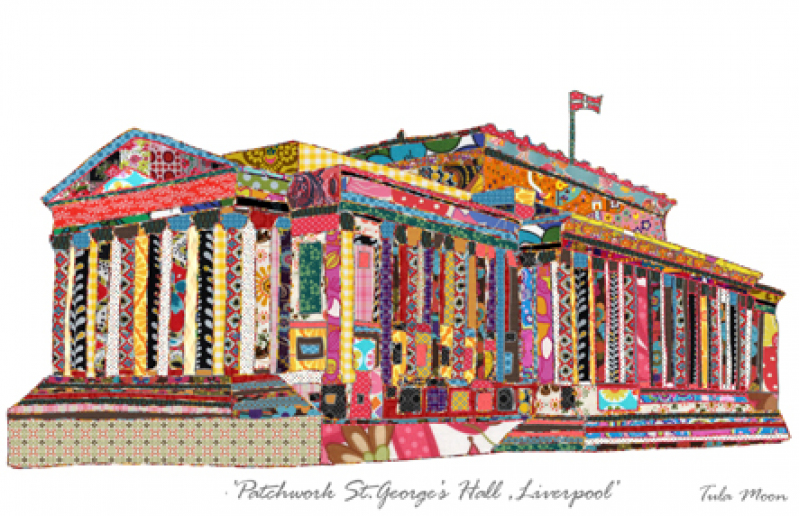 St. George’s Hall gets a colourful, patchwork makeover with this gorgeous print by a local Liverpool artist, Steph Dekker from Tula Moon.

Lime Street is home to St George’s Hall in the centre of Liverpool.
It is a grade I listed building and houses concert halls and law courts
Nikolaus Pevsner in 1969 stated that he thought St George’s hall was one of the best neo-Grecian buildings in the world.
The hall is part of Liverpool’s World Heritage Site.
Liverpool’s first infirmary was situated on the site of St George’s Hall between 1749 and 1824.
However, St George’s Hall came to be as there was no suitable venue for musical events to take place in the city.
A competition was held to design the new music hall, which was won by a 25 year old London architect, Elmes.
Elmes placed law courts and concert halls in the same building, meaning it was unlike anything other public building at the time.