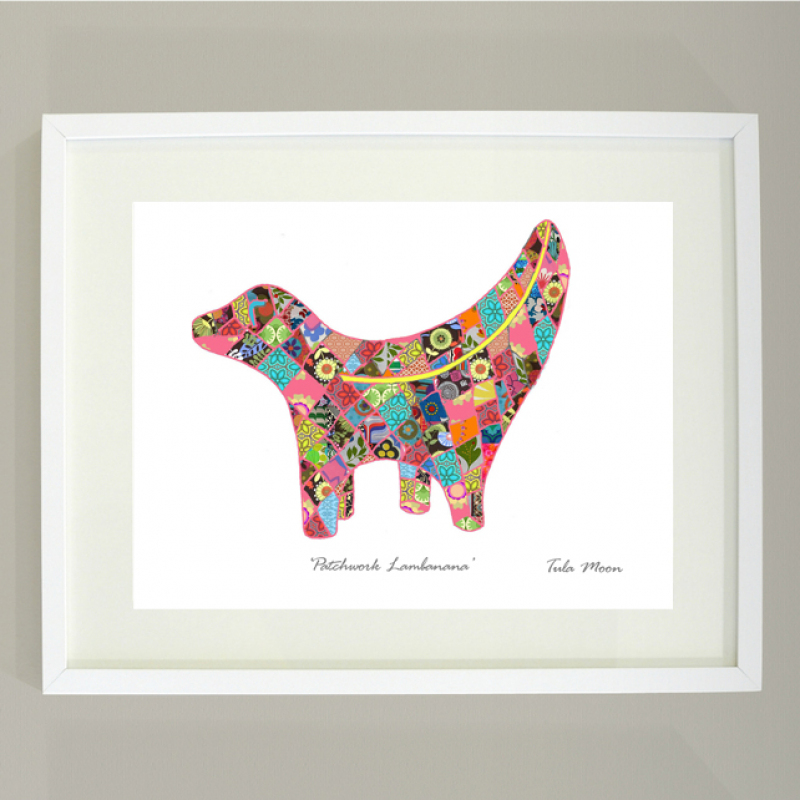 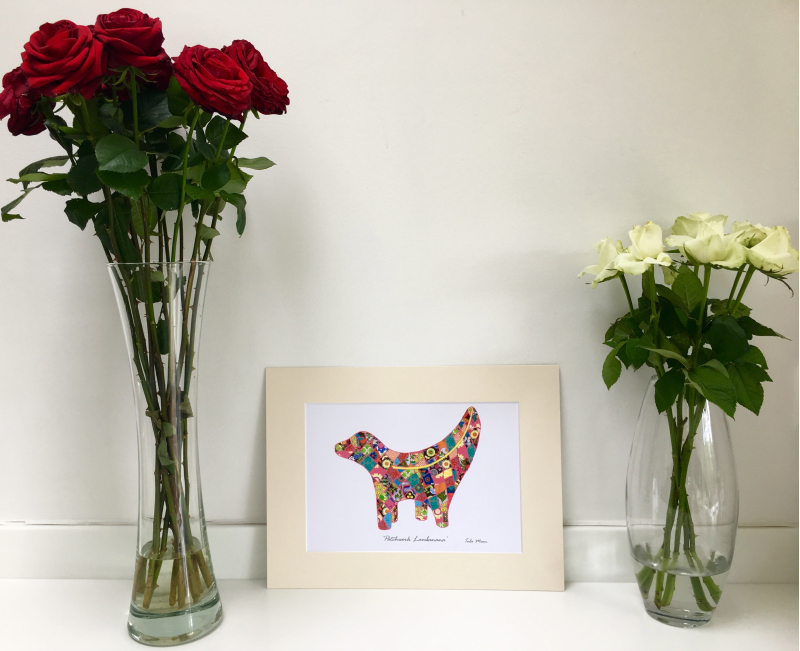 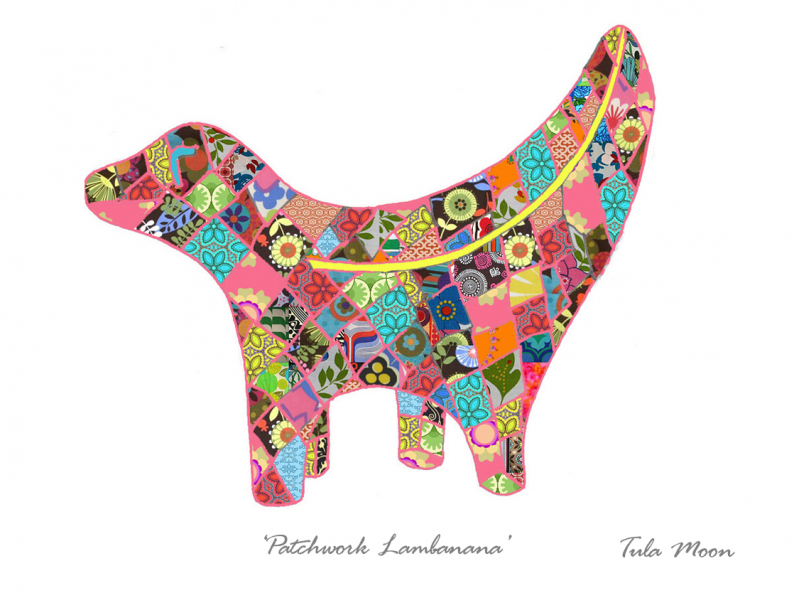 The Lambanana gets a colourful, patchwork makeover on this gorgeous print by a local Liverpool artist Tula Moon.

This Lambanana print is made on quality cardstock.

The Super Lambanana was designed by Japanese artist Taro Chiezo, who’s intentions were to highlight the dangers of genetically modified foods.
It was originally developed for the 1998 ArtTransPennine Exhibition.
The design of the Lambanana is also influenced by Liverpool’s own culture as a major port, having imported Fyffe’s banana’s and exported Lancashire wool.
In 2008, after the city’s Capital Of Culture win, 125 Super Lambanana’s were dotted around the city, sponsored by local community’s and businesses.