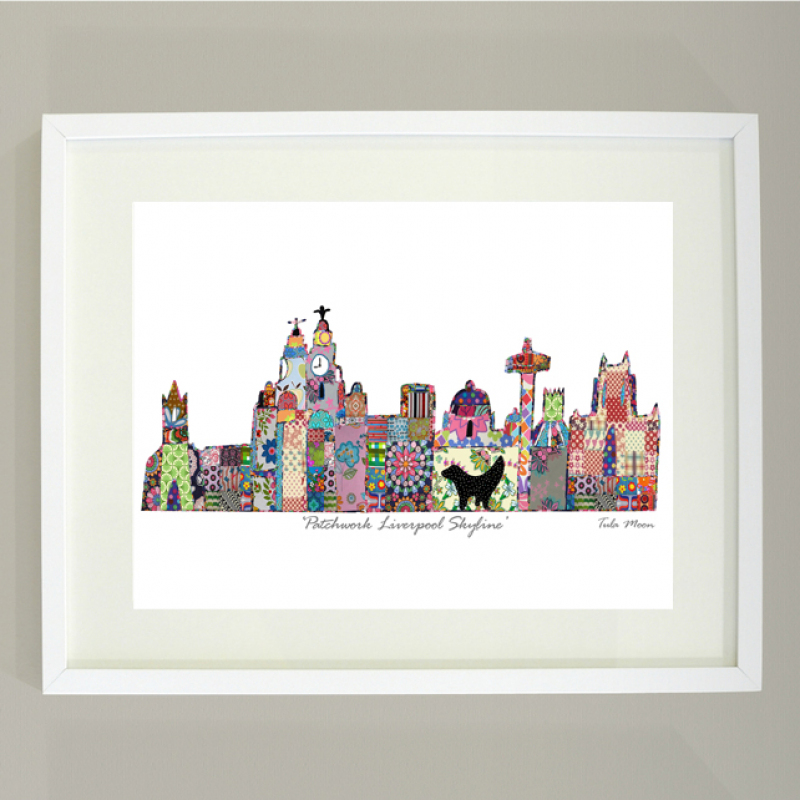 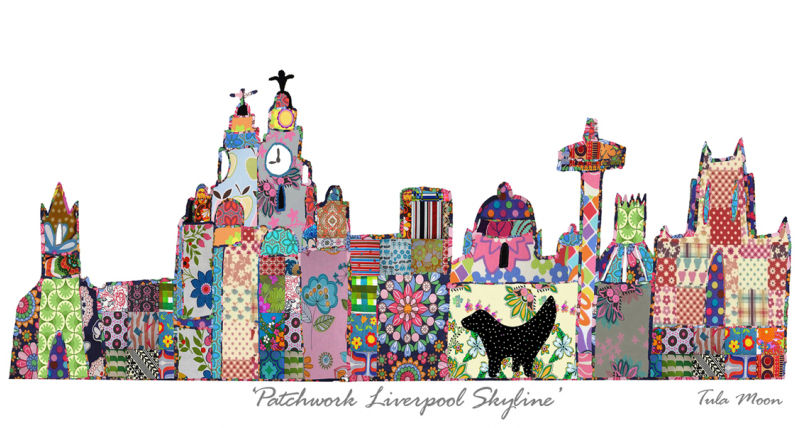 Liverpool’s most iconic landmarks are combined on this gorgeous print by a local Liverpool artist Tula Moon.

Liverpool is home to many amazing buildings, old and new, that make up the city’s skyline.
The Three Graces is on Liverpool’s waterfront, made up of The Cunard Building, The Royal Liver Building and The Port Of Liverpool Building.
The Liver Building was built in 1911 and was said to be Britain’s first skyscraper!
For 54 years it was the tallest building in the city until St John’s beacon was built in 1965 (Radio City Tower).
Near the Pier Head is Saint Nicholas Church which has been a place of worship since 1257!
Liverpool unusually has 2 cathedrals, the Anglican Cathedral and the Metropolitan Cathedral, both of which are only half a mile away from each other!