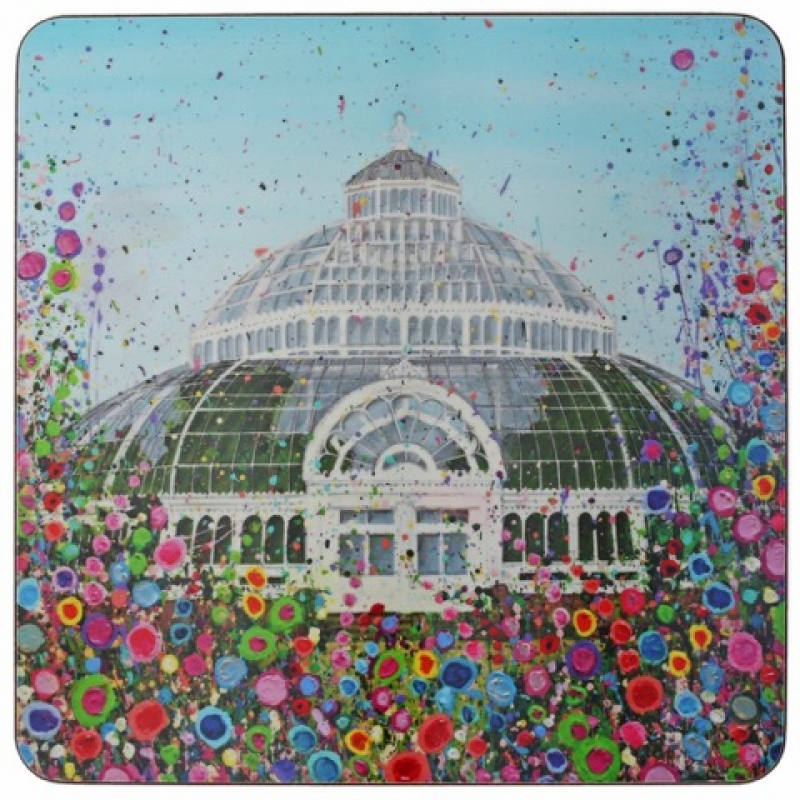 Merseyside artist Jo Gough’s depiction of Liverpool’s three tier domed glass house! This design is also available in a card, cushion and print.
This Palm House coaster was made in England.

About The Palm House

Thanks to a local Liverpool millionaire, who gave £10,000 to help fund its construction, the Palm House opened in 1896.
Its design is influenced by Joseph Paxton’s Crystal Palace in London.
In 1941, during the blitz, the glass of the Palm House was shattered, meaning it had to be partially restored in 1950.
The Palm House did actually close for a period of time during the 1980’s as it fell into a period of decline. It was then fully restored in 2001 due to funding from the Heritage Lottery.
In every corner of the Palm House, statues can be found, including one of Captain Hook, Christopher Columbus, Charles Darwin and more!
The Palm House is now a very popular south Liverpool wedding venue, with it hosting an average of 85 weddings a year.

We've Had a Bit of a Makeover!

We've had a bit of a redesign and we love the look of our new online shop! You can still find all of our fantastic products online, along with some gorgeous new additions.