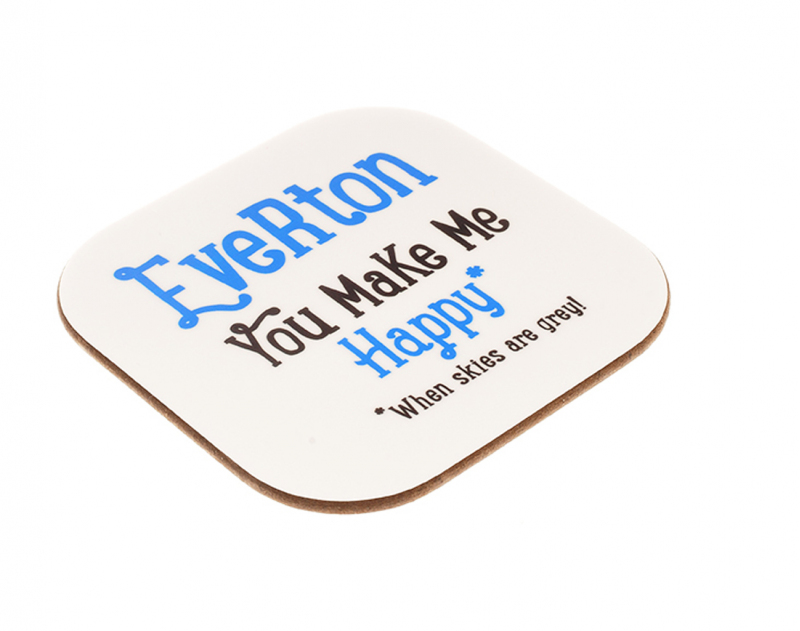 Everton Coaster – ‘You Make Me Happy’

Celebrating one of Liverpool’s fantastic football clubs, Everton F.C. this gorgeous coaster is the perfect gift for any proud blue.