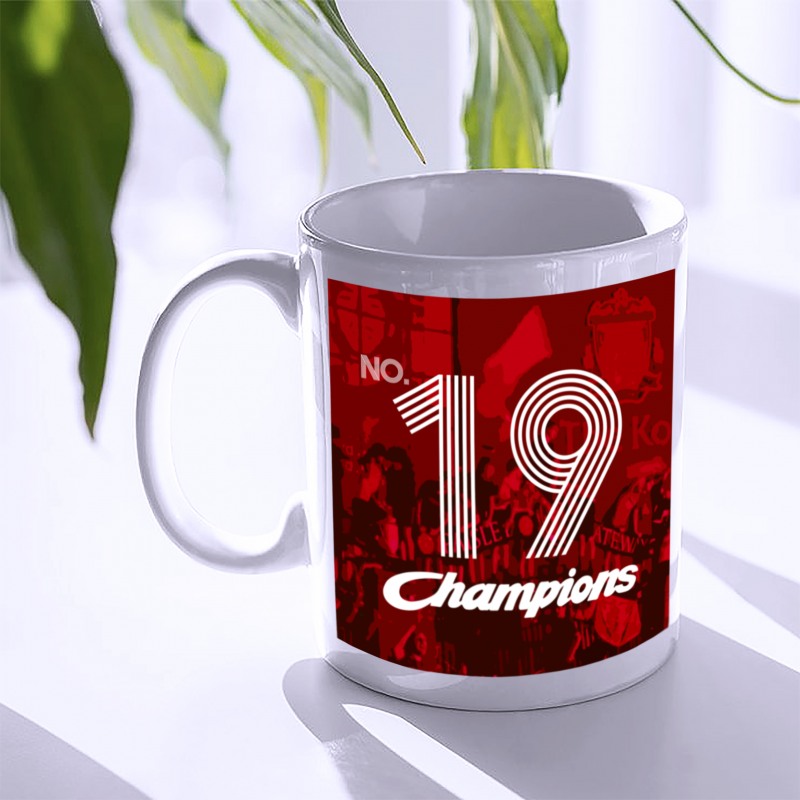 Local Liverpool Artist Sam Courtney has designed this amazing mug to celebrate LFC’s Premier League 19/20 victory!
Not only did Liverpool F.C. win the league, they also broke many records this season. They became the club with the most home wins in succession, at 21, beating Manchester City’s 20 wins.
They were crowned as champions with 7 games still to go, another record broken by the Reds, the previous record being 5 games in advance!
In addition, during the 19/20 season, Liverpool F.C. were 25 points ahead, which is the biggest lead ever seen in the history of the Premier League.

LFC Keyring – Liverpool Back On Their F***ing Perch