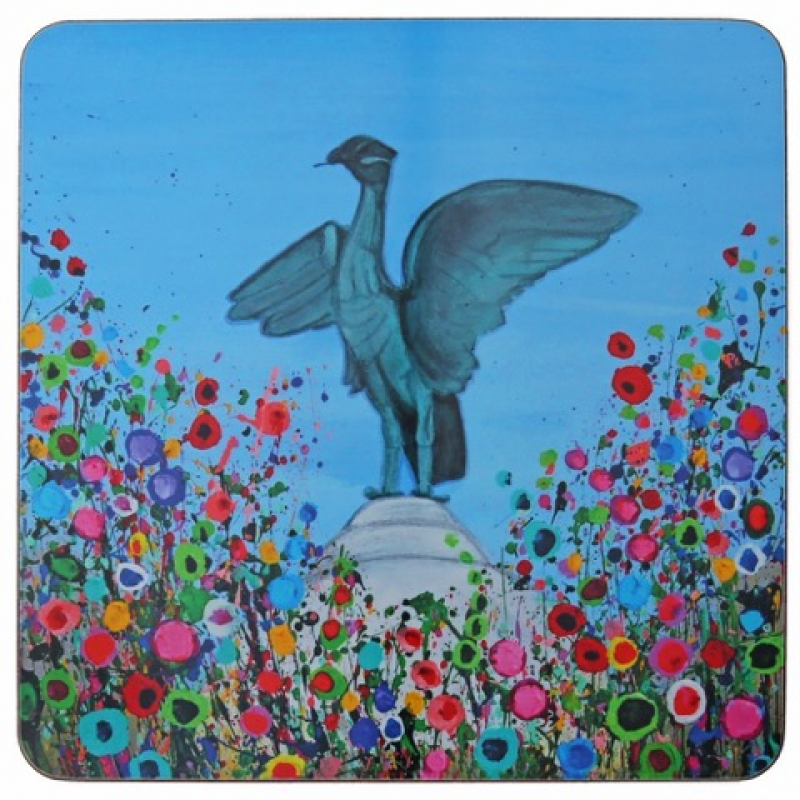 Liverpool’s symbol, the Liver Bird, depicted proudly by Merseyside artist Jo Gough!
This Liver Bird coaster is made in England and is also available in a print, cushion and a card.

History Of The Liver Bird

Liverpool’s symbol, the Liver Bird dates back to the medieval era.
In 1229, King Henry III gave Liverpool the power of self governance.  For this to be properly authenticated a unique seal had to be made, and the Liver Bird was born! A wax impression of the bird made in 1352 still exists.
The two 18 ft Liver Bird’s that can be found on top of the Royal Liver Building were sculpted by Carl Bernard Bartels.
Local legend claims that the female of the pair looks out to sea in order to protect the sailors, and the male Liver Bird overlooks the city to protect the citizens on land.
Another legend surrounding the Liver Birds is that if they were to fly away, the banks of the River Mersey would flood.

We've Had a Bit of a Makeover!

We've had a bit of a redesign and we love the look of our new online shop! You can still find all of our fantastic products online, along with some gorgeous new additions.