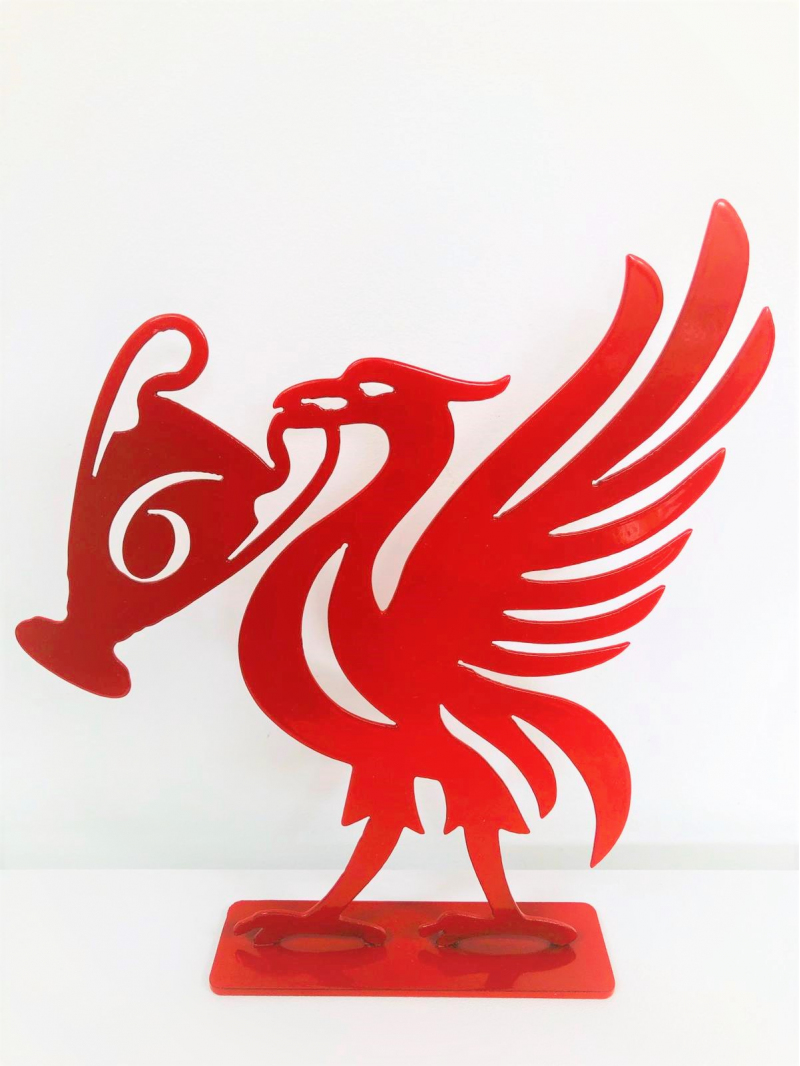 This LFC Champions League Metal Stand has been made by a local Liverpool artist, and is laser cut and powder coated.

Liverpool F.C.’s last successful Champions League bid was in Madrid, 2019 against Tottenham! Fourteen years before was the last time the Reds received the Champions League title, this time notably known as the “Miracle of Istanbul”. Their previous wins have been against Borussia Monchengladbach in 1977, Club Brugge in 1978, Real Madrid in 1981, and Roma in 1984. Liverpool F.C. is one of European teams to be awarded with the multiple-winner badge which is awarded by UEFA!

LFC Plaque – Liverpool Back On Their F***ing Perch