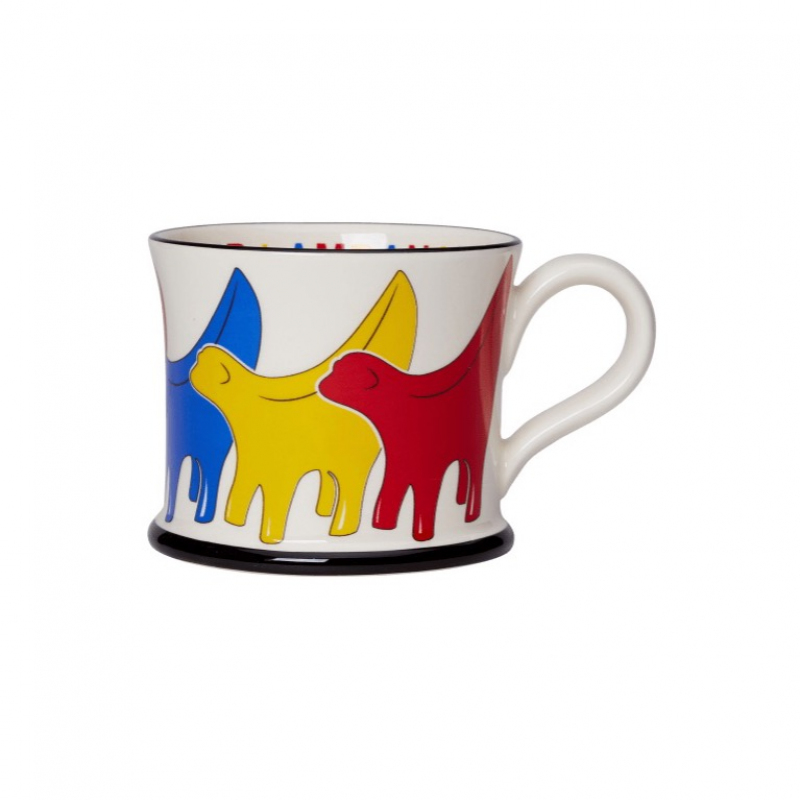 This Lambanana Mug from Moorland pottery show’s Liverpool’s Iconic Lambanana in all of it’s great vibrant colours. It would make a fantastic gift for any Liverpudlian.

Designed by Taro Chiezo the Lambanana is seen as an ironic comment on the dangers of generic engineering.

In 2008 as part of Liverpool’s capital of culture 125 2m high mini Super Lambanana replicas were commissioned and located around Liverpool and the surrounding areas which were subsequently auctioned off for the Liverpool Lord Mayors charities raising hundreds of thousands of pounds.

Liverpool’s Super Lambanana has been seen in several locations around the city in recent years and although originally on loan to the city council a replica has been made which will remain in the city for the next 80 years.