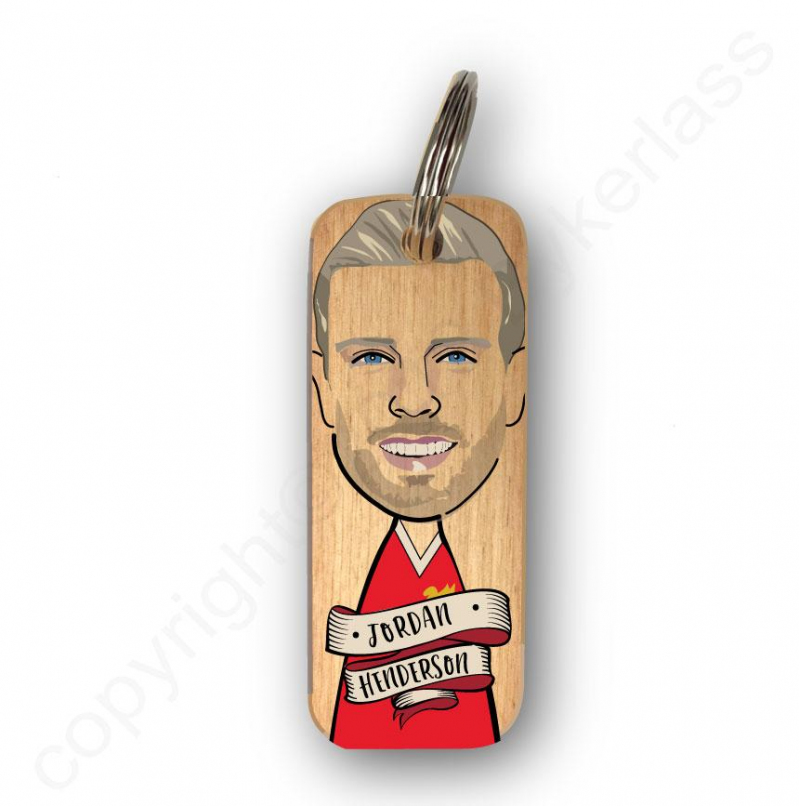 Captain of the Reds, and most people’s favourite for Premier League Player of The Year, Jordan Henderson! He had big shoes to fill after becoming legend Steven Gerrard’s successor, however he has certainly grown into the role, becoming the fifth LFC captain to lift the Champions League trophy, in 2019.

Klopp Keyring – In Klopp We Trust